By Zeng Jia and Timmy Shen 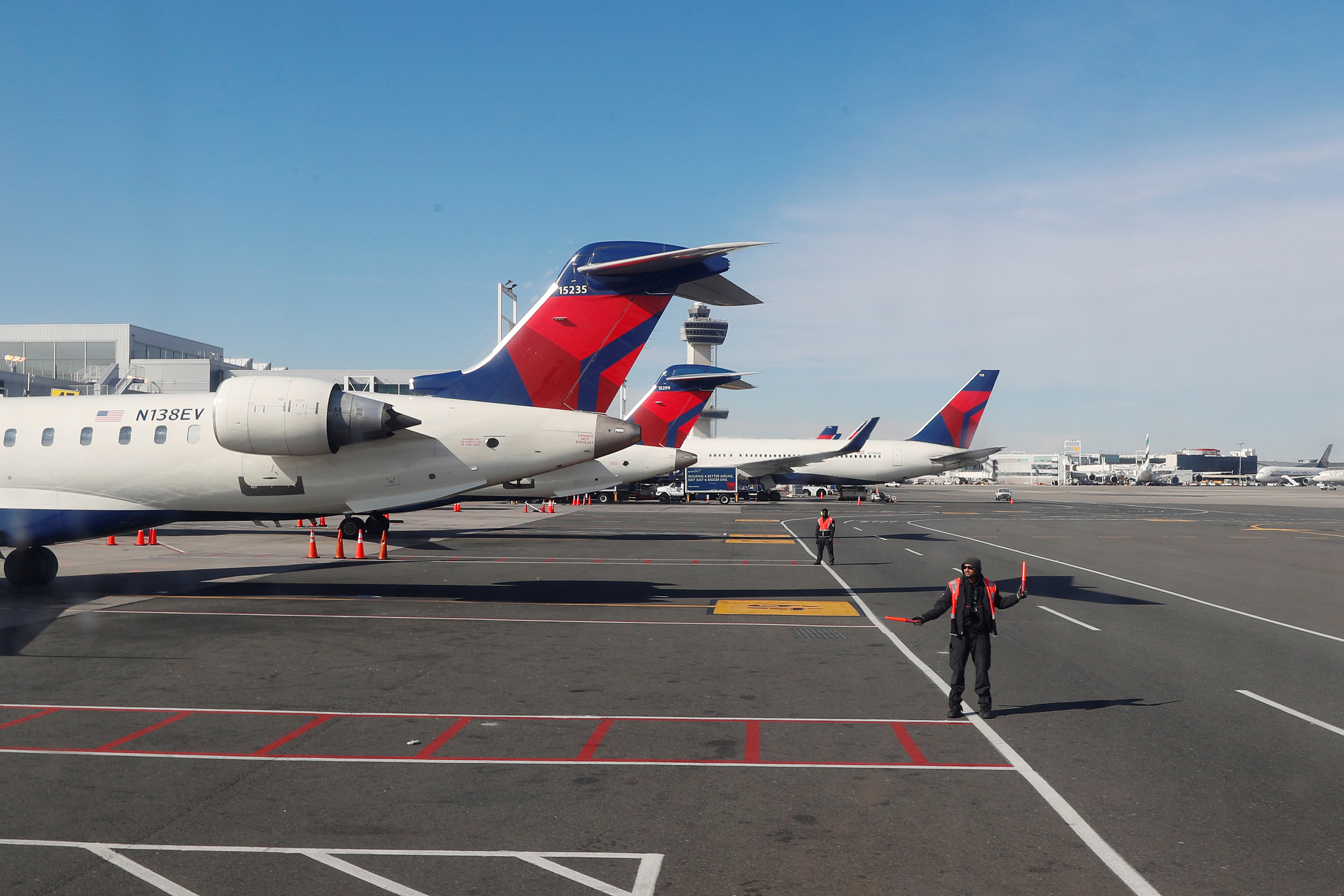 Workers guide an airplane while standing on the tarmac at John F Kennedy International Airport in New York on March 11. Photo: VCG

China plans to charter flights to repatriate Chinese students from the U.S., as the North American country continues to grapple with its coronavirus epidemic.

The Chinese Embassy in the U.S. announced (link in Chinese) on Monday that it has started to gauge students’ interest in returning to China. The first batch of applications will be open to minors who aren’t accompanied by their parents.

The embassy said that most Chinese students studying in the U.S. are still in the country, but it will arrange flights “considering the needs of underage students who might face difficulties and need to return to China.”

The students will have to pay their own air fare and cover the cost of their mandatory quarantine when they arrive in China, the embassy said, adding that the Chinese government will not accept responsibility for any risks encountered on the journey.

As of Monday afternoon, the U.S. had confirmed more infections than any other country, with over 337,000 cases, more than double the number in the second-most affected country, Spain, according to data compiled by Johns Hopkins University. The death toll in the U.S. had reached over 9,600, and total recoveries amounted to more than 17,500.

Previously, the Chinese Embassy in the U.K. chartered a plane to bring home Chinese students attempting to flee the country’s Covid-19 outbreak. The Civil Aviation Administration of China has cut the number of flights to and from China by domestic and foreign airlines.

Since late January, the U.S. has banned foreign nationals from entering the country if they have been in China, or other designated countries affected by Covid-19, in the previous 14 days.