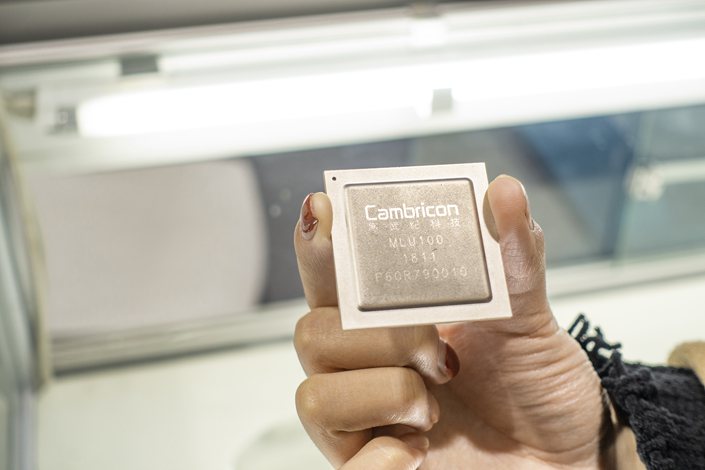 The coronavirus pandemic didn’t seem to have hurt Chinese AI firms’ ability to raise money yet, but as uncertainty drags on and corporations keep a tighter grip on their purse strings, many of these upstarts might find 2020 a rough year.

Over the past two weeks, at least three Chinese AI startups in China have revealed the results of their latest fundraising rounds, including voice-recognition specialist AISpeech, which said Tuesday that it had raised 410 million yuan ($58 million) in a series E round. The Suzhou-based company was founded in 2007 and has clients in the smart-home and automotive industries.

That followed similar announcements by industry peers 4Paradigm and Intellifusion, which last week said they had raised $230 million and 1 billion yuan, respectively.

All three of these companies are ramping up toward IPOs. Intellifusion, a facial recognition technology developer founded in 2014, said that its latest fundraising was a “pre-IPO” round. The 6-year-old 4Paradigm, which provides big-data services for financial companies using its machine-learning technology, ended its fundraising with a valuation of $2 billion.

These announcements come against the backdrop of the world’s ongoing struggle with the novel coronavirus pandemic, which is set to hit demand for AI products. Chinese spending on information technology is expected to grow only 2.7% this year, while worldwide spending will be down 2.7%, according to the latest forecast by consultancy IDC. A forecast from IDC in February was more optimistic, putting the Chinese growth figure at 5.2% and global growth at 4.3%.

The Chinese government has cut its spending on surveillance, a significant source of demand for AI, amid the coronavirus epidemic. In the first quarter of the year, government agencies signed contracts worth about 9.9 billion yuan in the area, down 31% from the year before, according to a report released Tuesday by Citic Securities Co. Ltd. The report predicted that the surveillance market will remain sluggish for the entire year.

In the auto industry, another area with strong demand for AI, companies across the supply chain have already taken a big hit from the coronavirus epidemic. With car sales plummeting, demand for AI services from self-driving tech to voice recognition were also expected to drop.

Already, before the epidemic, automobile AI had been a tough sell. Most self-driving technologies have yet to take off as expected.

Horizon Robotics, a five-year-old AI startup targeting the auto industry, made less than 1 million yuan in revenue last year, according to an employee at a semiconductor company who had previously dealt with the startup. “Horizon’s team just underestimated the challenges of developing these technologies,” the employee said.

Even after securing $600 million of funding early last year, Horizon started laying people off in late 2019, the employee said.

Still, some other AI startups are managing to move forward despite many of these challenges. Cambricon Technology, a 4-year-old AI semiconductor developer, is set to go public after the company said last month that its IPO application in Shanghai has been approved by regulators.