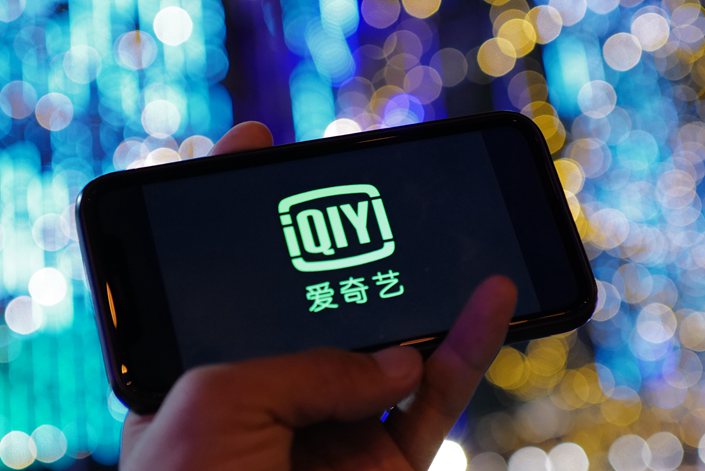 Wolfpack Research claimed that iQiyi “was committing fraud well before its IPO in 2018 and has continued to do so ever since.” Photo: IC Photo

Wolfpack Research’s report claimed iQiyi “was committing fraud well before its IPO in 2018 and has continued to do so ever since,” estimating it inflated its 2019 revenue by around 8 billion yuan ($1.1 billion) to 13 billion yuan, or somewhere between 27% and 44%.

According to the report, the company “does this by overstating its user numbers by approximately 42%-60%. Then, (the company) inflates its expenses, the prices it pays for content, other assets, and acquisitions in order to burn off fake cash to hide the fraud from its auditor and investors.”

According to its annual earnings report, iQiyi’s revenue was 29 billion yuan last year, up 16% from 2018, though its operating loss was 9.3 billion yuan. The company said that it had over 100 million paid subscribers.

Nasdaq-listed iQiyi denied all accusations, saying the report “contains numerous errors, unsubstantiated statements and misleading conclusions and interpretations.” That’s in contrast to Luckin, which admitted last week that its chief operating officer had faked its revenue data, though it had initially denied the allegations.

Wolfpack said the report was based on months of research including surveying over 1,500 iQiyi users, studying Chinese credit reports and conducting interviews with insiders. Muddy Waters, the short-seller that released the anonymous report into Luckin’s finances, also said it took part.

The stock plunged as much as 13.42% after the report was released Tuesday, but bounced back after iQiyi’s denial and closed up 3.22%. The company’s shares closed down 4.57% Wednesday. That’s far better performance than Luckin, which dropped over 70% in one day and now down over 80% since the start of the month.

That could be not only because unlike Luckin, iQiyi has denied the allegations, but also because this report is less convincing.

A media sector analyst, to whom Caixin granted anonymity, said that the evidence presented in the report to back up its allegations that iQiyi fabricated user data, copyright costs and its number of daily active users is less than rock solid.

A source at a Hong Kong hedge fund said that the report may have been timed to take advantage of the Luckin sell-off, as “if another well-known Chinese company is also proved to be fraudulent at this time, market confidence will take a punch that can trigger massive short-selling.” Wolfpack references Luckin in the title of its report.

A media industry specialist at a securities firm said that stiff competition in the online video sector has led to iQiyi seeking to cut costs. “The biggest problem for video platforms is not about fraud, but about their long-time losses, which could easily make them targets for short-selling,” he said.

IQiyi is not alone in facing tumbling market confidence in the fallout of Luckin’s financial fraud. New York Stock Exchange-listed TAL Education Group announced on the same day it discovered an employee may have inflated sales data during an internal audit. TAL told Caixin (link in Chinese) that this announcement was made amid the other allegations “out of coincidence,” and the employee in question has been taken into police custody. Shares of TAL plunged over 17% in after-hours trading Tuesday, but have since seen a modest comeback.