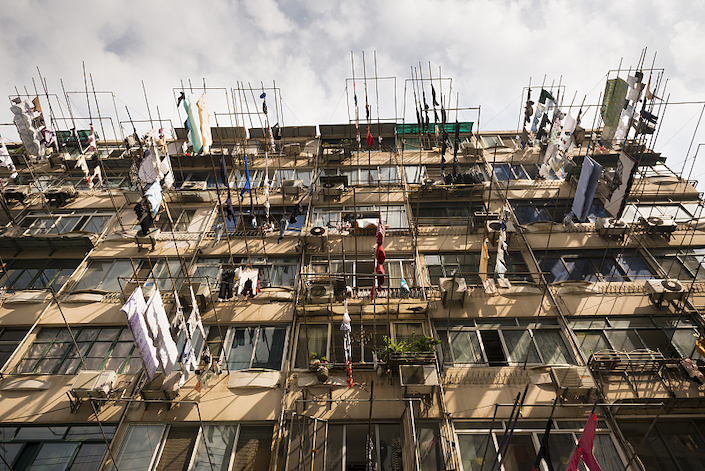 The Ministry of Finance last week gave a green light to local governments to sell SPBs to fund urban renovations. Projects qualified for such funding should be residential complexes built before 2000 with outdated public facilities that affect basic living, according to criteria set by the Ministry of Housing and Urban-Rural Development (MHURD).

The ministry already cleared the sale of 1.29 trillion yuan ($182 billion) of SPBs, the maximum allowed under law until the National People’s Congress approves the quota for the full year. Analysts expect this year’s quota could amount to as much as 4 trillion yuan ($567 billion), almost double the 2.15 trillion yuan SPB quota of 2019.

The finance ministry’s decision followed a pledge made by the State Council, the cabinet, to allow local authorities to pump up borrowing via SPBs in support of an economy struggling to recover from the coronavirus outbreak. The world’s second-largest economy is heading toward the first contraction in quarterly gross domestic product since 1992.

SPBs are used to borrow money specifically for public works, including infrastructure projects. The bonds are supposed to be repaid from income generated by the projects they back so that borrowings won’t add to local governments’ debt. The finance ministry reiterated that proceeds from SPBs should not be invested in land acquisition and real estate development projects.

But large-scale use of SPBs to fund renovation of old community facilities may create a new debt burden for governments as most such projects have little ability to generate sustained profits, analysts said.

According to MHURD, such renovation projects often involve three types of works. The three are upgrading or maintenance of residential infrastructure such as water supply, power and gas systems as well as garbage collection, heating and elevator installation; improving public facilities such as parking lots, property management and community public spaces; and adding public services such as elderly care, entertainment, day care, domestic services and others. Only the third category can expect sustained income.

Public information showed that a few local governments have moved to tap SPBs for community renovation projects. They include central China’s Anhui province, which issued 200 million yuan ($28 million) of bonds to renovate sewage systems in some communities, and the eastern province of Shandong, which also issued 200 million yuan of SPBs to fund water supply system renovation in several local communities. Both governments promised to repay part of the debt using government funds.

The current amount of SPB borrowings for community renovation projects is still small, but if more projects are funded by the bonds, local governments will see rising debt pressures, analysts said.