By Liu Caiping and Lu Yutong 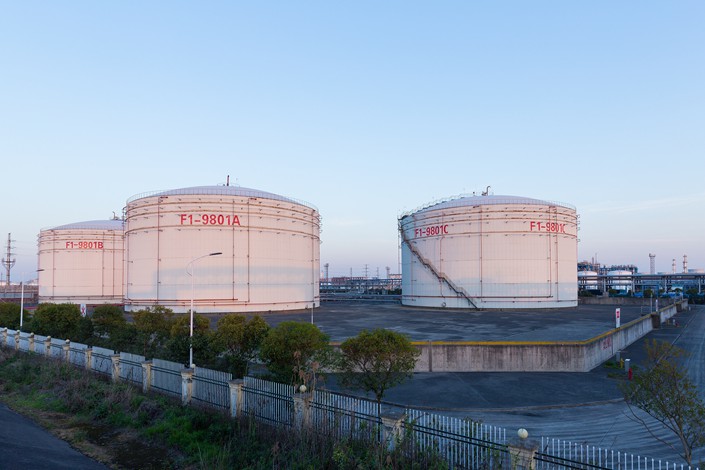 Chinese traders, refiners and suppliers have all flocked to hoard oil at bargain rates, which has led to a significant rise in inventory and pushed companies to expand storage capacity.

The Shanghai International Energy Exchange has given the green light to a South China-based subsidiary of China National Petroleum Corp. Ltd. to increase storage for future crude oil purchases by 20% to 500,000 cubic meters, it said Tuesday.

The exchange also approved a countrywide doubling of storage fees for crude traded on futures contracts to 0.4 yuan ($0.05) a barrel per day, starting June 15.

According to data from energy information provider OilChem China, the country has used up 65% of its crude oil storage capacity as of April 15, approaching the 70% threshold some view as reaching full capacity.

Chinese traders, refiners and suppliers have all flocked to hoard oil at bargain rates, which has led to a significant rise in inventory and pushed companies to expand storage capacity. Authorities have moved to deal with the issue by granting companies operating within the eastern Zhejiang Pilot Free Trade Zone export rights to sell inventories of petroleum products abroad.

The West Texas Intermediate crude oil futures contract for May closed at -$37.63 on April 20, falling below zero for the first time and fueling buyers’ eagerness to take advantage of the bargain prices. OPEC+ countries have agreed an unprecedented output cut of 9.7 million barrels per day from June 1 through the year to tackle oversupply and stabilize prices.

Despite low demand in China’s domestic market and potential oversupply, some think the country could benefit from strains in the oil market given its status as the world’s largest oil importer. “It provides an opportunity for large consuming nations in Asia such as China and India to expedite filling up their petroleum reserves,” said Sushant Gupta, research director from energy consultancy group Wood Mackenzie.