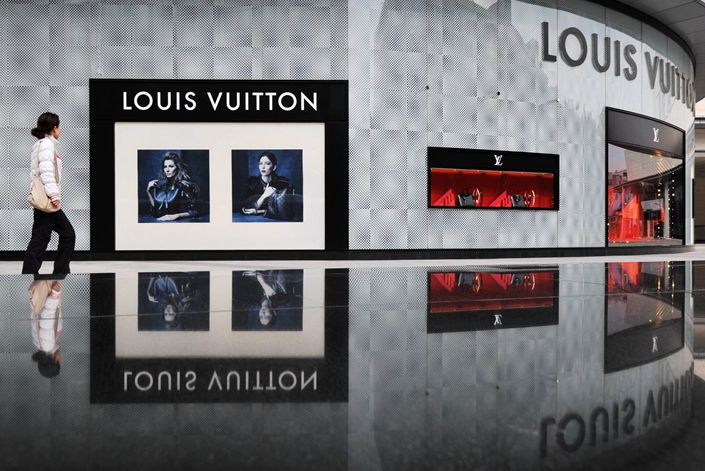 China has become one of the few bright spots for luxury goods sellers in recent weeks as it slowly emerges from its Covid-19 lockdown, even as the world’s top merchants continue to suffer from continued closures in their other major markets.

As the first place to experience Covid-19, China’s luxury goods market suffered one of the biggest declines in the first quarter as the nation moved aggressively to close stores and encouraged people to stay home starting in late January. But as the outbreak has come under control, many traditional stores where brands like Louis Vuitton and Gucci products are sold have now reopened.

Some of the world’s top luxury goods makers said they were seeing positive signs coming from China, as shoppers are once again free to resume store-based buying after spending several months mostly confined to their homes. Many of the companies gave the cautiously optimistic view in their first-quarter earnings announced earlier this month, which were far more downbeat.

LVMH Moet Hennessy has already started to see some recovery in Asia, with China stores recently recording a nearly 50% rise in year-on-year sales, the company’s Chief Financial Officer Jean-Jacques Guiony told analysts on April 16. Hermes International Societe sounded a similar note, saying its China stores had returned to a sales growth track. And Kering SA, whose brands include Gucci, said its brand stores in China, South Korea and Macau had all reopened as of the end of March.

Kering was indicative of the group, and may have even been hit harder than most due to its Gucci brand’s strong reliance on the China market. The company’s first-quarter revenue fell 16.4% to 3.2 billion euros ($3.4 billion). Its declines were worst in Asia as the region was first to feel the impact of the outbreak.

Three of the region’s biggest economies, China, South Korea and Singapore, were among the first to move aggressively to tackle the virus. As a result, Kering’s revenue for Asia, excluding Japan, plunged 30% for the quarter, with Gucci sales falling even more in the region.

Most of the big names made efforts to move more activity online to cater to e-commerce buyers in China. LVMH’s Louis Vuitton brand used its app-within-an-app on the popular WeChat platform for a Valentine’s Day promotion, and as a result saw its sales rise sharply. Louis Vuitton also turned to the increasingly popular online direct broadcasting format on the popular Xiaohongshu platform for the first time at end of March.

Global consultancy Bain & Co. said that luxury goods sales probably fell between 25% and 30% globally in the first quarter, though the figure for the whole year could vary widely based on how the pandemic plays out. It made particular mention of China, saying “there are signs of recovery” in a market that has fueled much of the growth for luxury brands in recent years.

“Almost every luxury brand in China had to temporarily close stores or reduce working hours, creating deep double-digit year-over-year sales declines,” Bain said in the report issued earlier this month. “However, at luxury stores that have since reopened, consumers are returning faster than expected.”