China Sees Next Coronavirus Threat Along Its Southern Borders 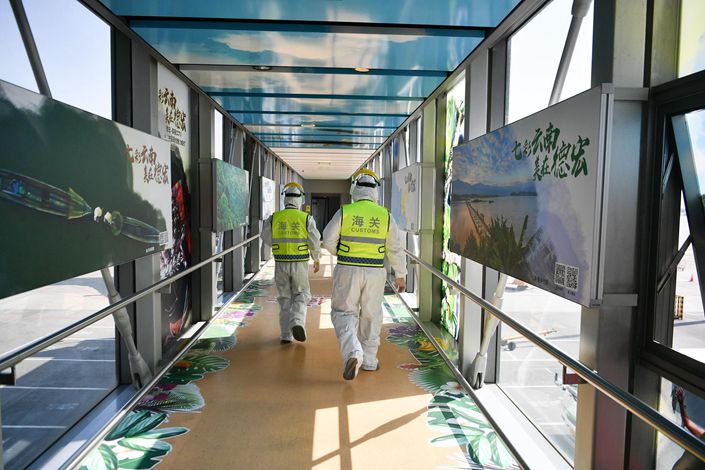 Yunnan and Guangxi alone account for more than 80% of China’s border crossings.

Wang Bin, an inspector at the commission’s disease prevention and control office, said (link in Chinese) at a State Council press conference that sparsely populated southern border areas with less-prepared health systems are at heightened risk of “imported” Covid-19 cases.

China, which recorded the first cases of Covid-19 last year, has brought its outbreak under control. But health officials remain worried that an influx of people from abroad could spark a second wave of infections. China logged 107 imported coronavirus cases between April 21 and 27, equivalent to 88.4% of the country’s total confirmed new cases, Wang said at the conference.

Recent flare-ups in northeastern China and the northwestern city of Xi’an, largely due to the return of infected Chinese citizens from neighboring Russia, have in some cases prompted local authorities to reinstate partial lockdowns even as the rest of the country has relaxed social distancing measures.

Although China’s southern neighbors have officially recorded fewer cases than Russia, their true figures are thought to be far higher than reported.

Wang said their health systems lack the ability to effectively test and isolate suspected Covid-19 cases: “Generally speaking, their capacity to respond to a significant epidemic is quite weak.”

At the same press conference, Liu Haitao, a senior official at China’s National Immigration Administration, said the complex geography and dense networks of roads, paths and ferries were stymying efforts to maintain border security, especially in boundary-spanning towns where frequent trips across the border are part of daily life.

The Chinese mainland confirmed six new cases of Covid-19 Monday, three of which were imported infections, according to the NHC (link in Chinese).