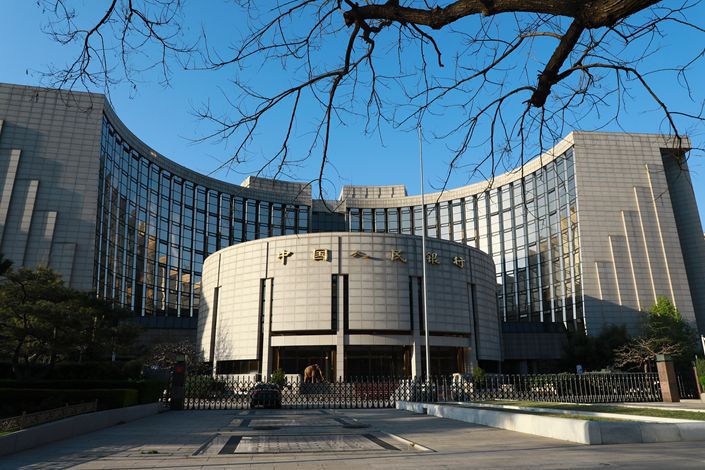 The People's Bank of China headquarters in Beijing on March 28.

Financial institutions that fail to effectively guard against money laundering have been hit with a surge in fines after China’s central bank changed the way it calculates the punishments.

The People’s Bank of China (PBOC) handed down nearly four times more fines in the first quarter of 2020 than it did over the same period last year, according to a report from (link in Chinese) a Shanghai-based consultancy. The PBOC penalized 93 institutions and their staff a total of 183 million yuan ($25.9 million) for violations of money laundering regulations in the January-to-March period.

Until recently, many rule breakers would only have to pay a few hundred thousand yuan for money laundering violations, a practice derided by critics who said the penalties were not serious enough to act as an effective deterrent. In all of 2018, the PBOC doled out penalties totaling 189.3 million yuan for money laundering violations, roughly the same amount they doled out in the first quarter of this year.

Since the beginning of 2020, the PBOC has imposed four fines of over 10 million yuan, including the biggest fine on record, a 61.2 million yuan penalty against payment services provider Shenzhen RYX Infotech Co. Ltd. imposed by the PBOC’s Shenzhen branch.

The reason some institutions have faced such large fines is that the PBOC now calculates fines based on how many times a given institution has violated regulations, according to a written response to Caixin questions on Thursday. The change also means institutions will be fined more than once if they violate several rules at a time, accumulating escalating penalties.

Under the anti-money laundering law in China, rule violations carry a maximum one-off fine of 5 million yuan for a financial institution, and before the change, an institution would only receive one fine at a time regardless of how many rules they had broken.

RYX was punished because it had failed to set up a risk management mechanism to guard against money laundering, failed to properly perform required customer identification checks, and failed to report large suspicious transactions, according to a statement (link in Chinese) by the PBOC’s Shenzhen branch. The company was also accused of conducting transactions with unidentified customers.

China’s central bank has ramped up its fight against money laundering since 2018.