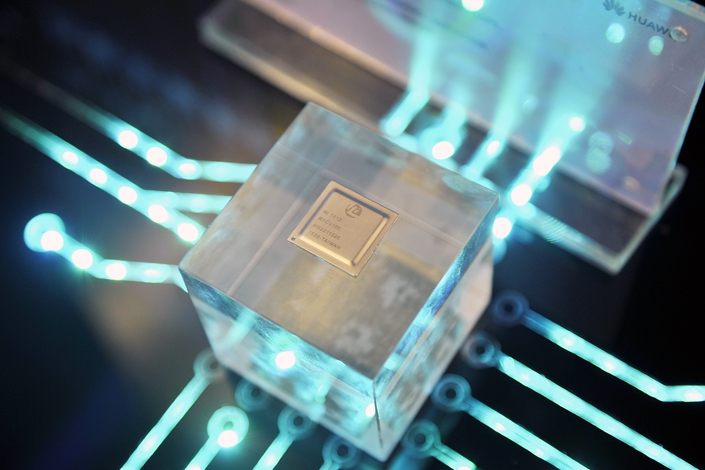 The coronavirus-induced contraction in China’s handset market in the first quarter of 2020 did not have a huge impact on the smartphone processor shipments of Huawei-owned HiSilicon, which outstripped erstwhile champion Qualcomm to become the country’s biggest smartphone chip seller during the period.

A report by CINNO Research showed that while the absolute number of smartphone chips HiSilicon shipped in the first quarter of 2020 stayed relatively flat compared to the same period the year earlier — 22.21 million smartphone chips compared to 22.17 million in 2019 — its market share grew from 24.3% to 43.9%. These figures meant it overtook previous market leader Qualcomm.

CINNO Research linked HiSilicon’s market share gain to Huawei, which equipped more than 90% of its smartphones sold in China in the first quarter with HiSilicon-made chips.

HiSilicon’s performance strikes a sharp contrast to its three major rivals ― Qualcomm, MediaTek and Apple ― which all saw their China market shares shrink in the first quarter. Of the three companies, second-placed Qualcomm was hit the hardest, suffering a year-on-year market share drop of 15 percentage points to 32.8%.

Taiwan-based MediaTek and Apple came in third and fourth with respective market shares of 13.1% and 8.5%, according to the report.

In the first three months of this year, China’s smartphone shipments dropped 34.7% year-on-year to 47.7 million units, according to statistics provided by the China Academy of Information and Communications Technology, a think tank affiliated with the Ministry of Industry and Information Technology.