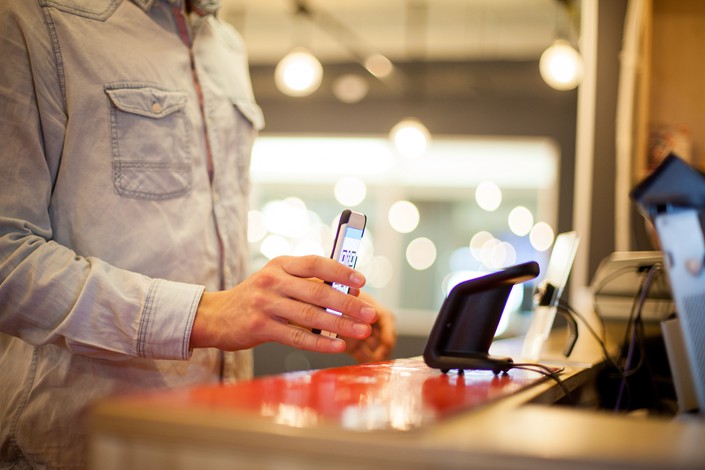 The record-high punishment is a sign that regulators are stepping up oversight of payment services providers, as a number of companies in the industry have been found to have served illegal businesses.

China’s central bank has imposed a record-high penalty on a payment services company for its involvement in illegal gambling, as financial regulators tighten their grip on the scandal-ridden industry.

Allscore Payment Service Co. Ltd., a Beijing-based payment services provider, was fined 65.9 million yuan ($9.3 million) and had 50.1 million yuan of its illegal gains confiscated, according to an April 29 notice (link in Chinese) from the Beijing branch of the People’s Bank of China (PBOC).

The record-high punishment is a sign that regulators are stepping up oversight of payment services providers, as a number of industry players have been found to have served illegal businesses and embezzled customer deposits. The Allscore penalty broke a record set the previous month, when the PBOC’s Shenzhen branch imposed a 61.2 million yuan penalty against another payment services provider, Shenzhen RYX Infotech Co. Ltd., for violating regulations to prevent money laundering.

The punishment came about half a year after Allscore agreed to have much of its stock sold to German payment services provider Wirecard AG, which said it would gradually acquire all of Allscore’s shares to gain access to China’s digital payment market.

Allscore was punished primarily for providing payment services for illegal gambling websites, sources with knowledge of the matter said. “The illegal gains of more than 50 million yuan were all linked to that (behavior),” a source close to China UnionPay Co. Ltd., a state-owned transaction settlement provider, told Caixin. On the Chinese mainland, both offline and online gambling are illegal except for lotteries approved by the government.

Allscore Chairman Lin Yao was fined 450,000 yuan for his involvement in the violations. This was not the first time Lin had been punished for such activity. The sources told Caixin that he was previously detained by police in Qitaihe, Northeast China’s Heilongjiang province, for nearly six months after opening payment channels for illegal gambling websites, which drew a penalty of over 60 million yuan for the company. “At that time, several people at Allscore were detained,” the sources said.

Providing payment services for illegal activities (link in Chinese) is one of the largest sources of regulatory violations in the payment sector. In the first 11 months of last year, the PBOC received about 3,200 payment industry complaints, over 70% of which were related to banks and payment companies suspected of providing payment services for illegal activities such as gambling, Fan Yifei, a central bank deputy governor, said (link in Chinese) at a payment industry forum in November.

Some providers do not effectively check customers’ identities, leaving loopholes for people to create accounts with phony information, Fan said.

Allscore was also found to have embezzled customer funds deposited in prepaid cards, according to the PBOC notice, though the bank did not disclose how much money was embezzled. The company has been punished by regulators several times for violating rules for managing customer funds.