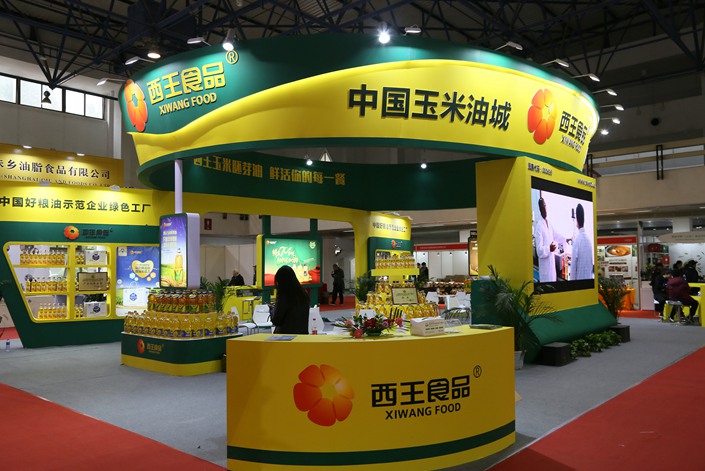 Founded in 1986, Xiwang’s businesses range from food and steel to logistics and real estate.

The privately owned company will repay about 84% of 19.9 billion yuan ($2.8 billion) worth of debts, owed to nearly 200 creditors, within nine years, according to a document obtained by Caixin. Another 169 creditors have chosen another option that allows half of 3.2 billion in combined debts to be repaid in six years and another half to be swapped for Xiwang equity. Each of the more than 300 creditors has a claim above 200,000 yuan.

For creditors with claims less than 200,000 yuan, the company will repay them in individual one-time payments within six months of the court’s approval, according to the plan. These investors’ claims total about 73.6 million yuan.

In recent years, many privately owned companies in Shandong have defaulted, some of which guaranteed each other’s debts, dragging each other down. Xiwang, for instance, had guaranteed some debts held by aluminum smelter Qixing Group Co. Ltd., which fell into a debt crisis in 2017.

Xiwang’s repayment plan received the green light last month from a local court in Zouping city, where Xiwang is headquartered, after it was approved by most creditors at the end of March, according to a statement (link in Chinese) from the company.

According to the plan, creditors who choose to be repaid within nine years can get their money back starting in 2022, and receive interest on unpaid debts at a rate equal to the one-year national loan prime rate (LPR) at time of repayment, which is currently 3.85%.

Xiwang filed for conciliation (link in Chinese) in February as it could not repay maturing borrowings and its assets were insufficient to pay off all its liabilities. Under China’s bankruptcy laws, a company is allowed to apply for a compromise or settlement of its liabilities with creditors.

Tang Ziyi and Timmy Shen contributed to this report.