Eichengreen: A Global Debt Crisis Is Coming and the World Isn’t Ready 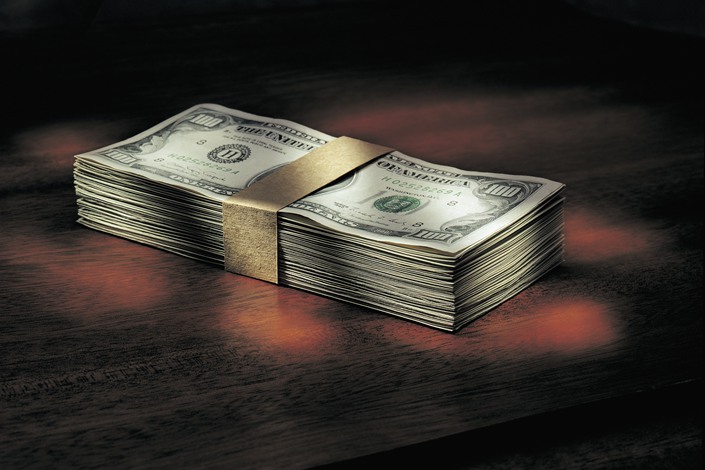 The developing world is on the cusp of its worst debt crisis since 1982. Back then, three years had to pass before creditors mounted the concerted response known as the Baker Plan, named after then-U.S. Treasury Secretary James Baker. This time, fortunately, G-20 governments have responded more quickly, calling for a moratorium on payments by low-income countries.

The crisis currently engulfing the emerging and developing world is unprecedented. More than $100 billion of financial capital has flowed out of these markets — three times as much as in the first two months of the 2008 global financial crisis.

Remittances are poised to fall by an additional $100 billion this year. Developing countries’ oil and gas revenues may plunge by 85%. Global trade is on course to fall by up to 32%, three times as much as in 2009. All this is unfolding against the backdrop of a plague of locusts in Africa.

The financial context is an international monetary system that is still disproportionately dollar-based. For five years, we have been reassured that emerging economies have fully atoned for their “original sin.” In other words, their governments now can borrow in their own currencies, allowing them greater leeway to use monetary and fiscal policies.

Unfortunately, this observation ignores the inconvenient truth that these countries’ private companies borrow in dollars. It ignores that the dollar debts of emerging markets (excluding China) have doubled since 2008.

It also ignores that emerging markets, aside from the “Favored 4” (Mexico, Brazil, Singapore, and South Korea), lack swap lines with the U.S. Federal Reserve. True, the Fed recently added a “repo facility” through which central banks can borrow dollars against their holdings of U.S. Treasury securities. But that is cold comfort to countries that have already run down their reserves.

All of this means that, when it comes to the stabilizing use of monetary and fiscal policies, emerging markets are hamstrung.

Which is why we are back to Baker Plan 2.0. The G-20 has offered to suspend interest payments on intergovernmental loans for the poorest countries. Private creditors, for their part, agreed to roll over an additional $8 billion worth of commercial debt. That, at least, is something.

But, to borrow the baseball apostle Yogi Berra’s line, it is also “déjà vu all over again.” The Baker Plan likewise proceeded on the premise that the shock was transient and that a temporary debt standstill would be enough. Creditors would roll over their loans. Growth would resume. Interest arrears then would be paid off once the crisis passed.

This of course was not the case. There was no “Phoenix miracle” in low- and middle-income countries; instead, there was a lost decade. Not only were emerging markets unable to repay; because their debts had not been restructured, they also were unable to borrow.

The creditors’ commitment to put in new money was particularly problematic. In practice, each bank preferred that other banks contribute new finance — a free-rider problem if ever there was one.

By 1989, seven unproductive years after the onset of the crisis, the Baker Plan finally was superseded by the Brady Plan, named after a subsequent U.S. Treasury secretary, Nicholas Brady. Debts were written down. Bank loans were converted into bonds – often a menu of securities from which investors selected their preferred terms and maturities. Advanced-economy governments facilitated the transaction by providing “sweeteners” — subsidies that collateralized the new securities and enhanced their liquidity.

Today’s crisis is also being treated as temporary, with a moratorium on interest payments and a promise of commercial credit remaining valid only through the end of the year. The reality is different. Weak global growth and depressed primary commodity prices will persist. Supply chains will be reorganized and shortened, auguring further disruptions of trade. Receipts from tourism and remittances will not pick up anytime soon. And unless the debt overhang is addressed, capital flows will not resume.

Now — and not seven years from now — is the time for a new Brady Plan, in which debts rendered unsustainable through no fault of the borrowers are written down and converted into new instruments. This can be done without destabilizing the banks, because emerging-market bonds are held mainly outside the banking system. A large-scale conversion would also be an occasion for many countries to issue innovative instruments with stabilizing properties, such as GDP-indexed and commodity-price-indexed bonds, without requiring them to pay a novelty premium.

This debt crisis is also a humanitarian crisis and a global public-policy crisis. The appropriate entity to organize the response is therefore the International Monetary Fund, not the Institute of International Finance, the house organ of the creditors (as recommended by the G-20). As a United Nations organization, the IMF could request that Chapter VII of the U.N. Charter be invoked to shield debtors from disruptive legal action by opportunistic investors. A crisis of this magnitude warrants no less.