Q&A: Huayi Brothers’ Chairman Has a Plan to Save the Cash-Strapped Movie Studio 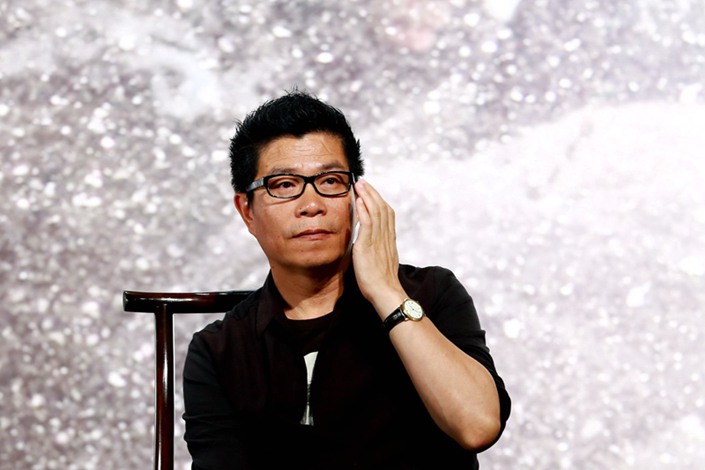 After losing money for two straight years, Huayi Brothers Media Corp., once a highflyer in China’s movie industry, is now at risk of getting kicked off the stock market.

2020 was supposed to be a critical year for the Chinese film studio, but the coronavirus pandemic has left the company and its chairman, Wang Zhongjun, staring at the possibility of collapse.

“I just watched ‘Schindler’s List’ and ‘Darkest Hour’ (at home) again several days ago, and it still makes me cry,” Wang said when asked whether Huayi would be able to keep filmmaking as its main business. “What else will we do if we don’t make movies? I’ve always wanted to make China’s version of ‘Schindler's List.’”

The Covid-19 outbreak has left China’s already struggling movie industry in production limbo since late January, with theaters closed across the country and numerous film productions suspended. In late February, many other industries began to get back to business as the pandemic waned in the country that first reported the virus, but cinemas are set to be among the last to reopen as policymakers remain concerned about clusters of infections breaking out at theaters.

For production studios like Huayi, that means the finished movies they had scheduled to release during the lucrative Lunar New Year holiday never made it to the big screen, which in turn means no money coming in even as they continue to pay salaries and other operating expenses.

By the end of the first quarter of 2020, Huayi’s negative operating cash flow had grown to 400 million yuan, and its total liabilities stood at about 5.8 billion yuan. The company’s market capitalization over the past few years has plummeted from about 80 billion yuan ($11.2 billion) in 2015 to just over 10 billion yuan at present.

Huayi’s financial troubles mirror those of the rest of China’s once profitable movie-making industry, which was dealt a number of setbacks even before the pandemic, including a tax evasion scandal.

Under the current circumstances, Huayi could be forced to delist from the stock market. At the end of April, the Shenzhen-listed company announced (link in Chinese) its latest recovery plan. It aims to raise up to 229 million yuan through a private placement of new shares from investors including the business units of Alibaba Group Holding Ltd. and Tencent Holdings Ltd. Proceeds from the deal will be used to repay bank loans and keep paying the bills.

There is one spot of good news for the company and its competitors. Last week, Chinese authorities announced that movie theaters in regions at low risk of coronavirus outbreaks can begin reopening, though they have to implement strict social distancing measures. Theaters in parts of the country at higher risk must remain closed.

Prior to that announcement, Caixin spoke with Huayi’s chairman about where he planned to take the company in this challenging environment. This exclusive interview has been edited for brevity and clarity.

Caixin: Huayi will be delisted if it reports another loss this year. How will you keep it listed on the market?

Wang Zhongjun: The idea now is to protect our largest main business (filmmaking) and sell off unrelated assets to secure more liquidity.

I invested excessively and insensibly over the past few years. That’s something I have to reflect on. It was a result of the market as well as my personality. The entertainment industry a few years back was in full swing, and the company's market value was about 80 billion yuan in 2015. What would it hurt if I invested a few billion yuan? If I could have foreseen (the situation) today, I would have sold more shares at that time and all of our issues now would have been resolved.

What adjustments has Huayi made during the epidemic?

My main job now is to maintain the company’s liquidity. The team currently is focused on content creation and checking on the status of our staff.

The four movie theme parks have been reopened since March 28, but many visitors are medical workers who don’t have to pay admission, so this is of little help to our business. We also launched a discounted annual pass, which has turned out to be very popular and can bring us some cash as a start.

In terms of content, our film business is generating absolutely no income. But for our TV shows — one is about to screen on Tencent Video, another debuted on Alibaba’s Youku in January — we as the major investor have received a portion of the 100 million yuan in revenue.

Huayi has been in contact with the three major video platforms (Youku, iQiyi and Tencent Video) and ByteDance. The coronavirus might compel us to come up with a new business model. Almost all of our staff are back at work. We also have 30 cinemas in total, and they are still holding together.

Not one of our nearly 1,000 employees has been infected (with the coronavirus). Over these three months, senior management has only received half pay, though they may receive the other half once the pandemic is over. Our other employees are receiving their normal salaries.

The entertainment industry is asset-light, so our biggest expenses are payroll and financing costs. Small production companies may not have many formal employees, and many of them hire temporary crews or only make one film every one or two years. But for us, each quarter costs us more than 200 million yuan in staffing and financial costs. Luckily, several banks have given us extensions (for loan payments). Zhonglei (Wang’s brother and company co-founder) and I have discussed this, and we have decided not to cut employees unless there is no other option.

What is Huayi’s plan for the worst-case scenario?

If we really end up unable to pay salaries, the only option is to negotiate with all of our creditors. But I believe we will be able to make it. It has been 10 years since Huayi went public, and the company has accumulated some quality assets. Our plan for the worst is to cut off one arm and sell any assets that don’t pertain to content creation so we can hold on to our main business.

The company won’t just die, I’m confident of that.

The domestic film industry has gone through a lot of changes. (Online ticketing platforms) Maoyan and Taopiaopiao have gotten into the distribution business. More and more movie stars have set up their own studios. And BAT (Baidu, Alibaba, Tencent) have been investing aggressively in the business. Where is the opportunity for an established film and television producer like Huayi?

It is a good thing that BAT came in to compete because they have also created a new income stream for film and television productions through the invention of online video streaming.

We are in a different position than big tech. Alibaba Pictures, for example, has always said it is a platform company. They have to work with content creators, and investment is only part of it.

This industry is extremely fragmented. In China’s filmmaking market right now, there isn’t any one superpower. Production companies are still waiting for work to resume and do not dare turn on their filmmaking operation right now, but no one is so rich that they can wait indefinitely. How could you resist (big tech investment)?

This industry is still good at making money though. A hit TV series alone can take in more than half a billion yuan. As long as there are good stories, a few productions will be able to keep the company afloat.