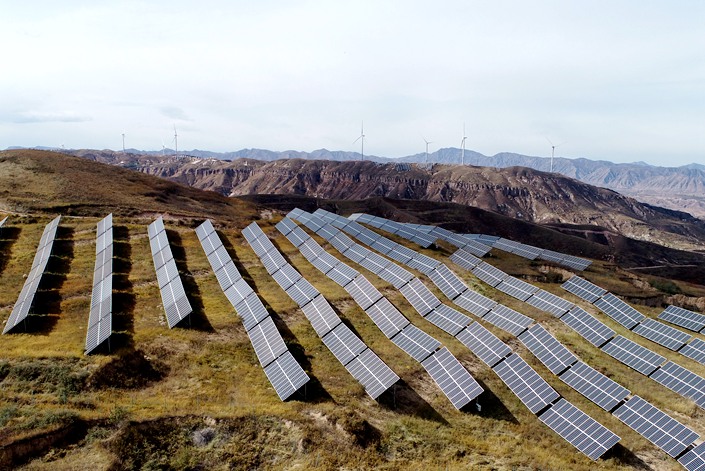 State Power Investment Corp. Ltd., one of China’s five big electricity producers, has announced that its share of power generation capacity from sources other than coal, oil or natural gas grew to 50.8% this month from 50.14% last July.

As of earlier this month, State Power Investment had 155 gigawatts (GW) of total power generation capacity, with 78 GW coming from what the company called “clean” sources, which include solar, wind, nuclear and hydroelectric power, the company said at a press conference on Monday.

Government policy is driving the trend toward greener power generation capacity, according to a person in charge of new energy investment at a centrally administered state-owned enterprise. Conventional power generation — the kind that burns fossil fuels — has been subject to strict government restrictions. And because getting official approval for a new nuclear power plant remains difficult, other forms of clean energy have become an investment hotspot.

“(Our) clean energy investment accounts for more than 70% of the total,” Zu Bin, who sits on State Power Investment’s board of directors, said at the press conference.

Although the company’s proportion of power generation capacity from sources cleaner than fossil fuels has been growing, the company failed to meet the 54% target it set last July.

Still, the state-owned power giant is sticking to its ambitious plan to boost that share to 60% by 2025 and 75% by 2035, according to Qiang Zhuang, deputy director of the company’s strategy department.