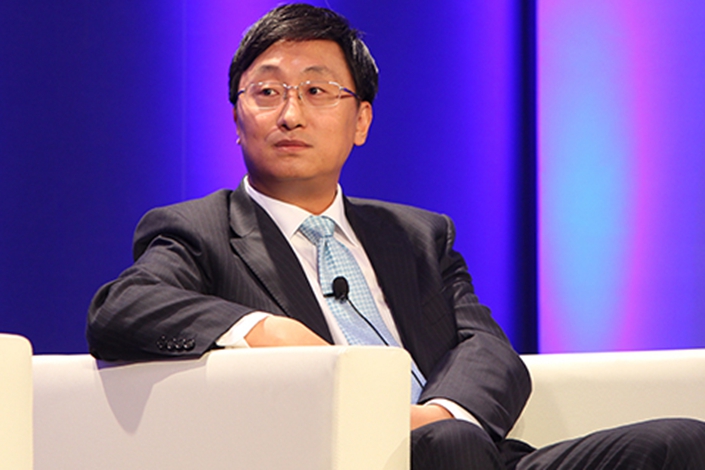 Liu Jun, a deputy president and chief risk officer of China Investment Corp., will be named as president of Bank of Communications Ltd.

Bank of Communications Ltd. (BoCom), one of China’s six largest state-owned commercial lenders, has named a new president, filling a position that has been vacant for five months, Caixin has learned.

Liu, around 48, joined CIC, the country’s sovereign wealth fund, in 2016. Before that, he spent his career at state-owned financial giant China Everbright Group Ltd. In the early 1990s, he joined China Everbright Bank Co. Ltd., controlled by the group, as a currency trader and rose through the ranks over two decades. In 2010, he became an executive vice president of the bank at around age 38, the youngest in its history. In 2014, he was promoted to a deputy general manager of Everbright Group.

BoCom, which is listed in Hong Kong and Shanghai, went through a major leadership reshuffle last year. Ren Deqi, Liu’s predecessor, was named (link in Chinese) BoCom’s chairman in December. Ren had been named president of BoCom in June 2018. Before he took that role, he served as an executive vice president of Bank of China Ltd.

In April 2019, BoCom’s then chairman, Peng Chun, left the bank to take a job as the chair of CIC.

Established in 1908, Shanghai-based BoCom operated 244 branches on the Chinese mainland and 22 branches outside the mainland at the end of last year.

Like many other banks, BoCom is now facing a challenge from the coronavirus outbreak, which disrupted the businesses of many of its clients. In this year’s first quarter, BoCom’s nonperforming loan ratio rose 12 basis points to 1.59%, according to the bank’s latest financial report.

Chen Na and Han Wei contributed to this report.