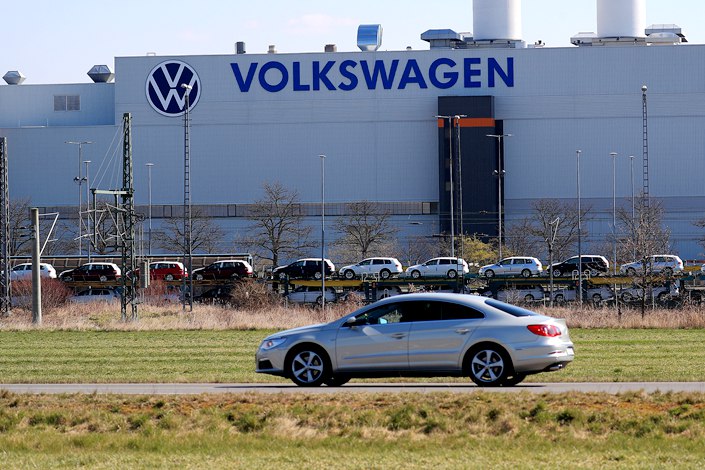 Volkswagen previously said that it aims to deliver 1.5 million new-energy vehicles to Chinese consumers by 2025.

Volkswagen AG has announced it is making two new-energy vehicle investments in China worth more than 2 billion euros ($2.2 billion) as it taps into the Asian country’s growing market.

The German automaker said in a statement Friday that it plans to acquire a 50% stake in its Chinese electric-vehicle partner, Anhui Jianghuai Automobile Group Holdings Ltd. Volkswagen also plans to increase holdings of its Chinese joint venture with the automaker, called JAC Volkswagen, according to the statement. It plans to invest around 1 billion euros in each of the deals.

The announcement followed news on Thursday that Volkswagen had signed a deal to take a 26.5% stake in Guoxuan High-Tech Co. Ltd., making it the Chinese electric-vehicle battery-maker’s largest shareholder. That deal will cost Volkswagen about 1.1 billion euros and is set to be completed by the end of this year, according to its Friday statement.

The moves signal that Volkswagen has increased its bet on China’s electric-vehicle market. The country is also the world’s largest auto market. Volkswagen previously said that it aims to deliver 1.5 million new-energy vehicles to Chinese consumers by 2025.

Volkswagen’s venture with JAC was set up in late 2017. It is the German company’s third venture in China after tie-ups with SAIC Motor Corp. Ltd. and China FAW Group Co. Ltd. JAC Volkswagen specializes in electric cars. It said previously that it aims to produce 400,000 of the vehicles annually by 2029.

Through its tie-up with the German automaker, Guoxuan will become a “certified Volkswagen Group battery supplier in China,” Volkswagen said in Friday’s statement.

Guoxuan is a major battery-maker in China, but lags behind its Chinese rival CATL, whose capacity is 10 times greater than Guoxuan’s, according to figures from the Gaogong Industry Institute, an industry group.

Volkswagen is also one of the first global manufacturers to take advantage of China’s loosened foreign-ownership rules for carmakers. After the deal with Jianghuai, it is set to boost its holdings in the joint venture to 75%, according to the company’s statement.

China’s government is following through on a pledge to open up the economy to foreign ownership, lifting a 50:50 joint-venture rule in 2018 after restricting global brands’ access to the market for decades.