By Isabelle Li and He Shujing 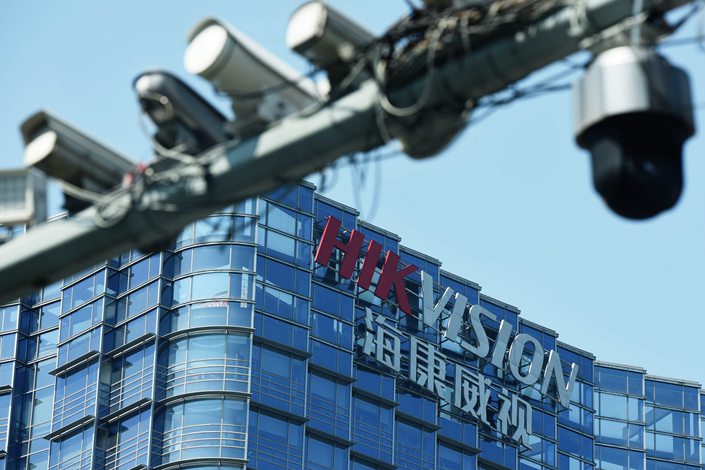 Major Chinese surveillance-equipment maker Hikvision has issued 1 billion yuan ($140.6 million) in short-term debt as it struggles to cope with U.S. trade sanctions and fallout from the Covid-19 pandemic.

Hangzhou Hikvision Digital Technology Co. Ltd. this week announced the issuance of super short-term commercial paper at an interest rate ranging from 1.4% to 2.4%, according to a statement (link in Chinese) released by the Shanghai Clearing House. Subscriptions for 180-day notes took place on Tuesday and Wednesday.

Hikvision will use the proceeds to pay down existing loans and improve its profitability, the statement said. As of December, Hikvision had 4.6 billion yuan in long-term loans on its books, nine and a half times more than the previous year, according to the company’s annual financial report for 2019. It also had about 26.5 billion yuan in cash and cash equivalents.

Hikvision has received investment-grade credit ratings from domestic and international ratings agencies. State-owned China Lianhe Credit Rating Co. Ltd. has given the company its highest rating of “AAA.” In September, Moody’s gave the company a long-term credit rating of “A3” — six notches from the top — based on its strong cash flow and its leading position in the video surveillance market. Still, the company’s increasing investment in research and development may hurt its profit margin, Moody’s said in a ratings report.

Under U.S. trade sanctions, the company’s growth slowed in 2019. In October, the Trump administration added Hikvision and seven other Chinese enterprises to its “Entity List,” which effectively bars enterprises on the list from buying products and services from U.S. companies unless the American businesses first obtain a government license.

The coronavirus pandemic has caused further setbacks to Hikvision’s business. In the first quarter, the company’s net profit attributable to shareholders fell 2.6% year-on-year to about 1.5 billion yuan, and revenues declined 5.2% to around 9.4 billion yuan.

Hikvision blamed the drops mostly on the contraction of demand caused by the pandemic. Its security business, especially its video surveillance products, remains its main profit generator. Sales of those products contributed nearly three-quarters of Hikvision’s total revenues in 2019.