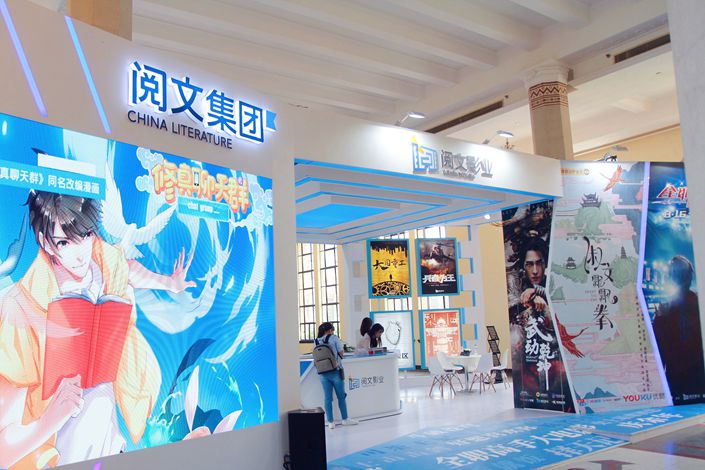 Tencent-backed online fiction platform China Literature Ltd. has issued new contracts to its millions of authors, after they voiced concerns over copyright, profit distribution and the company’s move toward a free-reading model in an early May meeting.

The publisher, which replaced its founding management with a team of senior Tencent executives shortly before the meeting, has substituted the unified contract it previously asked all its millions of authors to sign, with a three-tiered contract system in which authors can choose what kind of permissions they want to give the platform.

The changes include giving authors greater control over how their intellectual property (IP) is licensed and an agreement on sharing the profits from any adaptations of their IP. The new contracts also give authors control over whether their work is available to read for free on the platforms.

Previously, China Literature derived over 90% of its revenue from subscription fees, which it shares with its authors. This had declined to under 50% by last year.

Authors have argued that this new business model hits their income, and accused China Literature of selling their IP to Tencent on the cheap, or giving it away for free. Authors have also protested that their contracts set unfair conditions in terms of copyright and free-reading policies.

The new contracts have been well received by some of the platform’s contributors, with several telling Caixin their concerns have more or less been addressed. Others, however, did say they were still worried by the impact of the free-to-read model.

China Literature’s Hong Kong-listed shares closed up 5.99% after the new contracts were released on Wednesday.