By Mo Yelin and Zhao Xuna 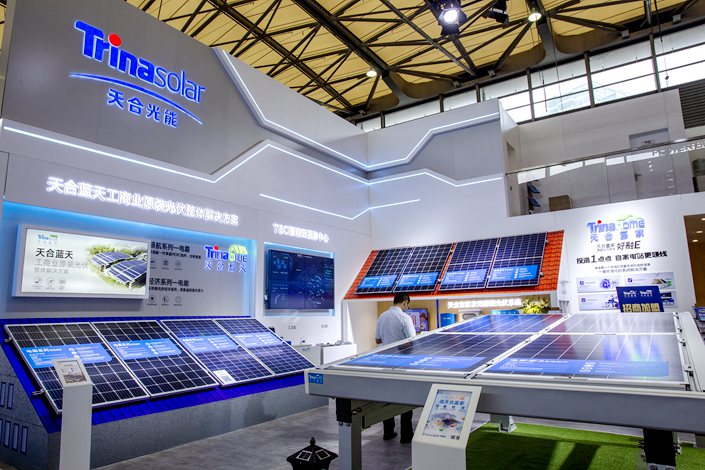 Based in Changzhou, East China’s Jiangsu province, and founded in 1997, Trina’s major business interests center on selling photovoltaic modules and energy storage systems. The company said its products have been sold to more than 100 countries and regions.

Trina is a leading player in the global solar-panel industry. Last year, its photovoltaic module shipments totaled 10 gigawatts, equivalent to more than 8% of total global shipments of such products for the year, according to industry consultancy PV infoLink.

Previously listed on the New York Stock Exchange, the company was delisted in 2017 amid a wave of privatization bids launched by U.S.-listed Chinese companies in the belief the shares were undervalued and would get better prices back home.

After the Shanghai listing, Trina Chairman Gao Jifan will continue to be the largest shareholder but with a stake reduced to 41% from 48%. The company said it would use the funds raised in the IPO to increase photovoltaic module production, as well as ramp up research efforts.

In 2019, Trina reported profits of 640 million yuan on revenues of 23.3 billion yuan. With the easing of Covid-19 pandemic restrictions in China, Trina said its operations in the country have fully recovered to pre-pandemic levels.

Trina will need these predictions to be realized as it has accumulated a large amount of debt in recent years to fund a rapid expansion. Its ratio of liabilities to assets topped 50% for the past three years in a row.

The company said in its prospectus filed to the Shanghai exchange that this could negatively influence the firm’s profitability in future.