Cover Story: The Challenge of Uncorking the China–U.S. Travel Bottleneck 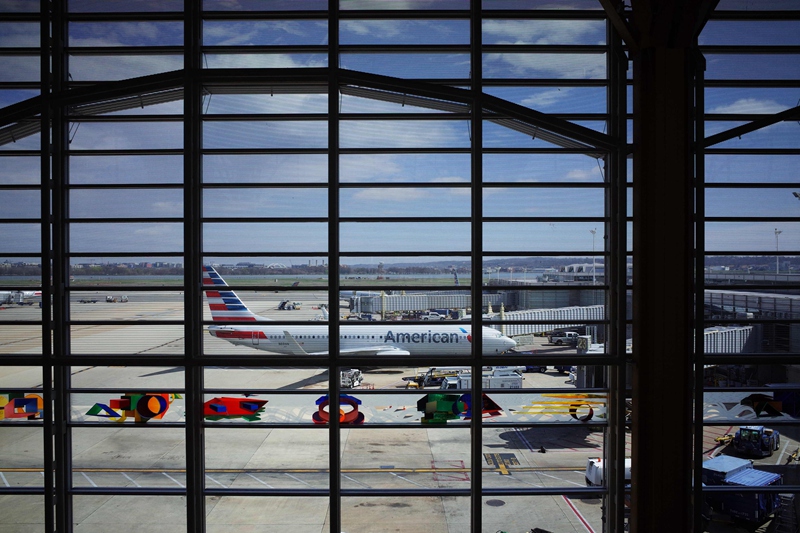 U.S. airlines suspended flights to China in early February as the Covid-19 epidemic intensified in China.

Chinese college graduate Zhang Jie’s journey home to Xiamen from Boston took five days and included two stops in Europe. That was after she spent much of April and May just trying to find flights.

Although the trip would have taken roughly 14 hours before the Covid-19 pandemic, Zhang was lucky to reach China at all. Untold thousands of Chinese students, business people and other travelers have found themselves stranded in the U.S. for months amid restrictions intended to limit the spread of disease. China-U.S. aviation disputes have only worsened their situation.

Since February, governments around the globe have closed borders or grounded flights to contain the deadly virus, which has sickened more than 7.8 million people worldwide. As the pandemic shows signs of stabilizing in major economies, calls to resume international flights are mounting as governments push toward reopening.

Before the pandemic, Chinese and U.S. airlines operated about 300 weekly round-trip scheduled passenger flights between the two countries. Since late March, that’s been slashed to fewer than a dozen.

Stranded travelers and desperate airlines have been caught in a crossfire as the world’s two largest aviation markets disagreed on the pace of resuming flights between China and the U.S. This ignited a series of tit-for-tat policy exchanges between Beijing and Washington, escalating bilateral tensions already plagued by disputes over trade and political issues.

At the core of the China-U.S. aviation disputes are different interpretations of equal rights for carriers under a 1980 civil aviation agreement. China ruled that each of the three major U.S. airlines that operate China routes should be subject to the same restrictions as Chinese airlines, with just one flight between the two countries a week. But the U.S. argued that American airlines should be granted the total quota of seven flights per week, equivalent to the total number allowed to all Chinese airlines, although only four Chinese carriers have continued flying the route since March.

The pandemic may bring a shakeup to the hotly competitive market for air travel between China and the U.S., analysts said. Before the pandemic, Chinese carriers exceeded their American rivals by at least 30% in scheduled passenger capacity.

Airlines are in desperate need of resuming more flights after months of plunging business amid the outbreak. China-U.S. routes account for 10% to 15% of revenue for China’s three biggest carriers — Air China Ltd., China Eastern Airlines Co. and China Southern Airlines Co. Each now operates only one flight a week under Chinese rules.

U.S. carriers, which halted passenger flights to China and flew only cargo services since February, are longing to boost their revenue by resuming the more profitable passenger flights. A person close to United Airlines told Caixin that American carriers have lobbied the Trump administration to pressure China to accelerate flight resumptions. Among the top three U.S. carriers, United Airlines Inc. and Delta Air Lines Inc. are the major operators of U.S.–China flights while American Airlines Inc. has a smaller presence.

In response to questions from Caixin, United Airlines said it applied to resume four routes between China and the U.S. and is still waiting for regulators’ decision. Delta said it is also awaiting approval and expects to operate one flight a week linking Seattle and Shanghai.

U.S. airlines voluntarily suspended flights to China in early February when China’s Covid-19 outbreak intensified. They expected the services to resume in late April. However, since late March, the outbreak escalated in the U.S. while it was largely contained in China.

As part of measures to prevent imported infections, Chinese civil aviation regulators in late March introduced the so-called Phase Five policy, which limits airlines to one international flight a week between China and any other country. The policy also froze the number of flights that any airline could operate into China at the level of service as of March 12, effectively barring U.S. airlines from resuming flights to China. The order slashed the weekly number of international flights into China by nearly 90%.

Since April, Delta and United Airlines have applied to Chinese regulators to resume flights but failed. On May 20, the Civil Aviation Administration of China (CAAC) confirmed that the restrictive March policies would remain in place, triggering U.S. transport authorities to tighten controls on Chinese passenger flights.

On June 3, the Trump administration in retaliation ordered a ban on all Chinese passenger flights to the U.S. starting June 16. The next day, the CAAC backed down and eased restrictions to allow U.S. carriers to resume one weekly flight into China with a chance to add another flight if their virus control measures are proved successful.

On June 5, the U.S. lifted the China flight ban but limited Chinese airlines to two weekly round-trip scheduled passenger flights to the U.S.

The series of policy exchanges put Chinese and U.S. carriers on roughly even footing but left the total number of flights unchanged, meaning passengers like Zhang Jie will continue struggling to find flights.

Zhang finished her studies in the U.S. in January. She looked for a job and considered staying, but as the pandemic swept across the U.S., the employment market evaporated. As her student visa was expiring in June, Zhang started worrying about finding a way home.

In April, she booked a ticket with South Korea’s Asiana Airlines to China via Seoul, but that booking was later canceled. In May, Zhang applied for a seat on a chartered flight organized by the Chinese embassy for returning students but didn't get a response. On May 20, Zhang booked another ticket from New York to Xiamen via Zurich and Singapore. She boarded that flight June 2.

But the trip did not go as scheduled. Upon arrival at Zurich, Zhang was told the next flight to Singapore was canceled because of local border control policy. That stranded Zhang and 20 other Chinese students on the flight.

After 48 hours in the Zurich airport, Zhang and five other students boarded a flight home, while the rest of the students were sent back to their departure cities. Zhang stopped in Athens and then flew to Shijiazhuang in northeast China, where she would spend 14 days for mandatory quarantine under China’s rules before she can take a flight back home to Xiamen.

One alternative for people to get to China is via chartered flights organized by companies or government agencies. Chinese regulators have encouraged airlines and companies to arrange chartered flights to help workers return and support business reopening at home, but the situation is more complicated for international routes because of different policies among countries.

Delta and United Airlines said they are also planning chartered flights to take U.S. businesspeople back to China, although there isn’t a green channel arrangement between the two countries. Both companies are awaiting Chinese regulatory approval.

But for most individual travelers and students, chartered flights are less accessible.

“Getting a seat on a chartered flight really needs luck,” Zhang said. Such flights often give priority to certain groups of people and are easily affected by policy changes. In May, at least three flights designated to bring back Chinese students from the U.S. were canceled, according to the Chinese embassy.

In the face of all the uncertainty, many overseas Chinese students bought multiple tickets in hopes that at least one trip could work, Zhang said. Although most of the canceled tickets can be refunded, the process could take months, Caixin learned.

Ticket prices are also rocketing. Shen Xiaomei, a Nanjing native who traveled to the U.S. with her daughter, bought 12 tickets for nearly 700,000 yuan ($98,870) before they were able to board a flight back to China.

Zhang Xiaohan, a Chinese student in the U.S., returned to Shanghai via Seoul June 5. She paid 70,000 yuan for the single trip, which before the pandemic would cost just several thousand yuan.

An official at the Chinese embassy in the U.S. told Caixin that under China’s latest rules, each American carrier will be able to resume two weekly flights within as little as three weeks, raising the hope that Washington would also allow Chinese carriers to add flights. The official said scheduled weekly flights between the two countries may reach four to eight shortly.

While Delta and United Airlines are awaiting Chinese approval to resume flights, Air China and China Eastern have also applied to U.S. regulators to operate flights between Beijing and Los Angeles and between Shanghai and New York, Caixin learned from the CAAC.

However, none of the carriers won approval as of Friday. The Chinese embassy official said the negotiations were still underway.