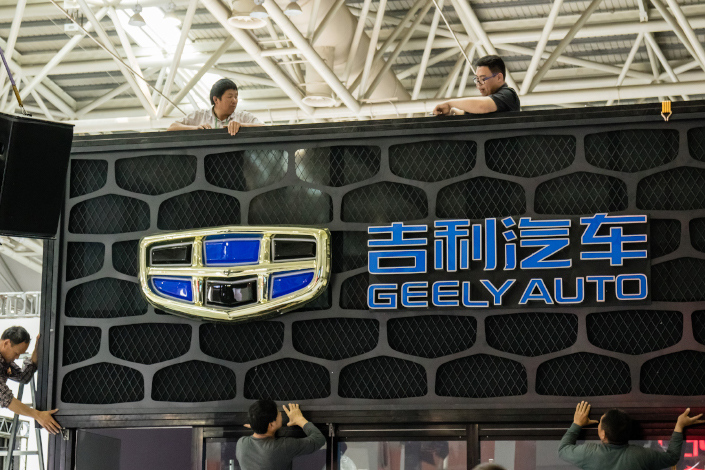 Geely’s shares rose as much as 7% Wednesday after news broke that the company's board approved the plan to list on the STAR Market.

The board of carmaker Geely Automobile Holdings Ltd. has approved a plan to list on Shanghai’s Nasdaq-like STAR Market, becoming the latest overseas-listed Chinese firm to announce a future mainland listing.

The company did not disclose a timetable or fundraising target in a document it filed Wednesday with the Hong Kong stock exchange, where it has been listed since 2005. The news sent Geely’s shares up as much as 7% on Wednesday. On Thursday, the company closed up 5.9%, giving it a market cap of HK$123 billion ($16 billion).

Geely’s announcement of its plan to list in the mainland comes after regulators in April relaxed the rules for overseas-listed Chinese companies listing on the STAR Market. According to the new policy, companies need to have a market cap of at least 20 billion yuan ($2.8 billion) to list, down from 200 billion yuan previously.

Chinese semiconductor-maker Semiconductor Manufacturing International Corp. (SMIC) also announced its plan for a mainland listing in the wake of the policy shift. Hong Kong-listed SMIC said in early May it was eyeing a STAR Market listing, which is currently being reviewed by regulators, according to the company.

Zhejiang province-based Geely owns global brands including Volvo and Lotus Cars, and is the largest single shareholder of Daimler AG, owner of the Mercedes-Benz marque, after it acquired a nearly 10% stake two years ago.

The secondary listing comes as the country’s auto industry, which has been in decline in recent years, is mounting a slow recovery in the wake of the Covid-19 pandemic. In May, car sales in China rose 14.5% to 2.19 million units, after they recorded year-on-year growth in April for the first time in nearly two years, according to the China Association of Automobile Manufacturers.

Geely said in the Wednesday filing that money raised in the Shanghai listing would be used “for business development and general working capital” of the company.

Separately, Geely said earlier this year it was planning to merge with its sister company, Volvo Cars, and list in Hong Kong and possibly Stockholm.