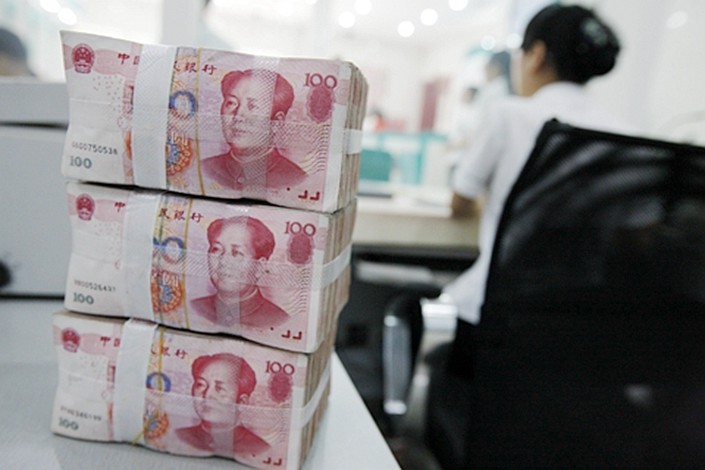 Some analysts say one key factor may be that local governments had trouble finding enough valuable infrastructure projects to invest in.

Some researchers attributed this phenomenon to a shortage of worthwhile projects and local governments’ inefficient fund management.

The National Audit Office found that some 50.4 billion yuan ($7.1 billion) of funds local governments raised from new special-purpose bonds (SPBs) went unused last year, including 13.2 billion yuan that had been left idle for over a year, after it examined the books of 18 provincial-level governments and 36 of their cities and counties. Hu Zejun, head of the audit office, delivered the findings in a report (link in Chinese) to lawmakers on Thursday.

SPBs are a kind of local government debt that funds commercially viable infrastructure and public welfare projects, generally repaid with income generated from the specific projects they fund. Unlike “general bonds,” another kind of debt, they are usually not allowed to be repaid from government fiscal revenue.

The audit office attributed the idle funds to unreasonable project management and suspension of some projects. But some analysts say one key factor may be that local governments had trouble finding enough valuable infrastructure projects to invest in.

“After decades of investment and construction, there are fewer and fewer projects that can generate returns in the market,” Teng Tai and Liu Zhe, researchers at Beijing-based think tank Wanb Institute, wrote in a Caixin article (link in Chinese), adding that it is difficult for local governments to find a large number of projects to invest in that can use funds raised from SPBs in a short period of time. Lack of worthwhile projects implies expanding investment no longer matches the structure of economic growth, because less infrastructure needs government-led investment as China reaches a later stage of industrialization, they said.

Liu Shangxi, president of the Chinese Academy of Fiscal Sciences, a state-backed think tank, told Caixin (link in Chinese) that there are not many projects that can meet the requirements of SPB-funded investment or generate a stable cash flow. He suggested that authorities not expand SPB issuance too much because that would squeeze out private investment and increase local government debt burdens.

This year, policymakers have decided to allow local governments to sell more SPBs to boost infrastructure investment, in a bid to offset the fallout of the Covid-19 pandemic. At the top legislature’s annual session last month, the year’s quota for local government SPBs was set at 3.75 trillion yuan, almost 75% higher than 2019’s quota of 2.15 trillion yuan.