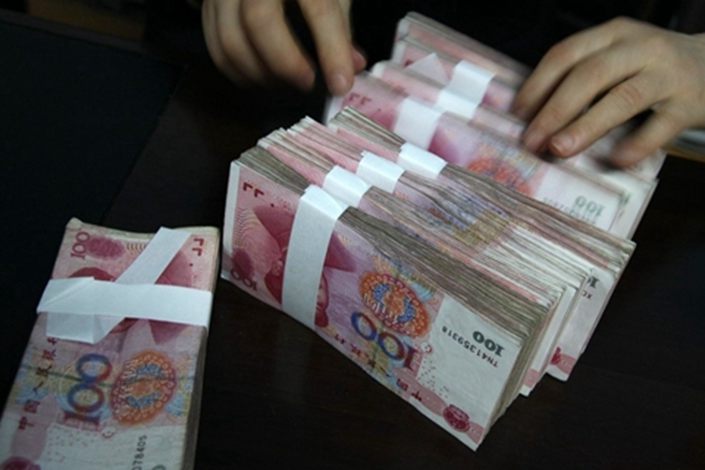 The fraud at UCF Pay is one of dozens uncovered by regulators amid a crackdown on the shadow banking industry that started in some three years ago.

Another domino in the troubled empire of Chinese financial conglomerate UCF Holdings Ltd., whose secretive actual controller died in London last year, is in danger of falling after its Hong Kong-listed unit disclosed a 1.5 billion yuan ($212 million) embezzlement at a mainland subsidiary and warned it may have to shut the business down.

Chong Sing Holdings FinTech Group Ltd., whose shares have been suspended since July 2019 after irregularities were uncovered by mainland regulators, revealed the scale of the embezzlement in a filing to the Hong Kong Stock Exchange on Wednesday. The subsidiary, online payments provider UCF Pay Ltd., has had its operations suspended for almost a year and is in danger of losing its license.

The fraud at UCF Pay, which Chong Sing disclosed in July 2019, is one of dozens uncovered by regulators amid a crackdown on the shadow banking industry that started in some three years ago and targeted in particular online lending and wealth management, two sectors in which UCF Holdings was heavily involved.

In May 2019, regulators stepped in to oversee the operations of indebted regional securities firm N-Securities Co. Ltd., another part of the UCF financial empire that was built up by Zhang Zhenxin. Zhang died in London on Sept. 18 at the age of 48, according to a statement from the company in October. His death certificate, seen by Caixin, showed Zhang died of multiple-organ failure resulting from acute pancreatitis linked to alcohol dependence.

Founded in 2009, UCF Holdings runs a wide range of businesses in areas including online payments, wealth management, online peer-to-peer lending, health care and investment. The group tumbled into debt in the second half of 2018 following the regulatory crackdown on online lending. The firm was also hamstrung by poor risk management and investment decisions including an unsuccessful foray into cryptocurrencies. It’s unclear exactly how deep UCF Holdings is in debt, but Caixin has previously learned from regulatory sources that the conglomerate might owe more than 70 billion yuan.

Chong Sing said in its Wednesday filing that Chinese regulators have yet to publish formal findings of any investigation, but an internal probe found the embezzled funds had been withdrawn by one of UCF Pay’s customers, Beijing Jingxun Time Technology Co. Ltd., which runs a peer-to-peer lending platform NCFWX.com (link in Chinese). Chong Sing has been ordered to repay the money, which appears to have been taken from the unit’s reserve-fund account held at a bank “by certain management overriding on the computer code,” the company said.

Regulators have told Chong Sing that unless the money is repaid within a reasonable timeframe, UCF Pay will not be allowed to resume operations, and its business service licenses will be revoked “in the worst case scenario,” the company said in its filing. Jingxun has admitted the embezzlement and has been given a deadline of 18 months from the end of December to find the funds, although it has yet to do so in full, the company said.

Chong Sing is now proposing to repay the money itself by selling assets and then reclaiming the funds from Jingxun, a solution that would require shareholder approval, it said. If that can’t be obtained by the middle of July, then the company will switch to Plan B – “terminate the relevant structured contracts and cease to own and control any part of UCF Pay accordingly.” UCF’s financial statements would be deconsolidated and an impairment loss of 147.8 million yuan would be taken, it said.

The company said the internal investigation triggered by the fraud had also led to the replacement of its top management. A new chief executive officer, chairman, compliance officer, executive director and independent non-executive directors are now in place and internal controls have been beefed up. It now expects to be able to apply to the Hong Kong Stock Exchange for the resumption of trading in September.