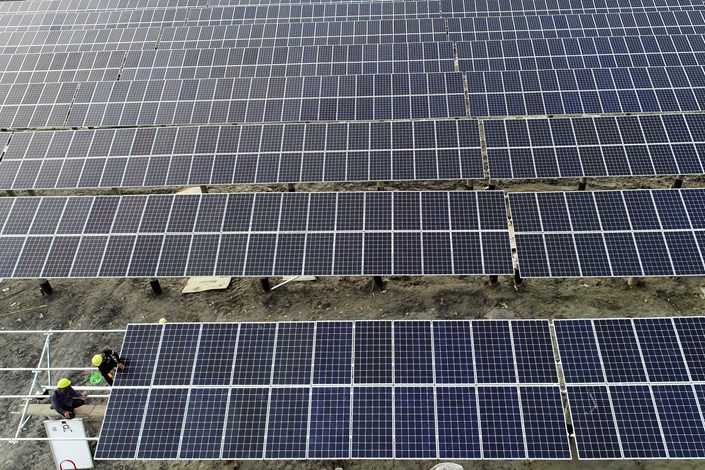 The number of solar projects granted subsidies by China’s national government has plummeted this year — as has the amount of money on offer — as the government drive to make the industry self-sufficient continues.

A total of 434 new industrial distributed solar projects and dedicated solar power stations have been granted subsidies after the closure of annual auction bids, according to a Sunday notice from the National Energy Administration (NEA). That’s down nearly 89% from 3,921 last year.

However the total capacity of the proposed projects amounts to 25.97 gigawatts (GW), a rise of 14% year-on-year, according to the notice.

These two kinds of projects will share 1 billion yuan ($141 million) of subsidies, while 500 million yuan will go to residential solar power projects which are usually installed on household rooftops.

The amount of money on offer is down from the year before. All three kinds of projects will receive, on average, a subsidy of 0.033 yuan per kilowatt-hour of power sold, a decrease of 49.2% from last year.

Projects in the country’s south and east make up about 70% of this year’s projects’ capacity, down from last year’s 79.1%, while the percentage of those in sunshine-rich northwest China rose from 8.8% to 18.2%.

This is just the latest move to cut subsidies for the renewable energy industry, which has long benefited from Beijing’s largesse as policymakers sought to make the sector more competitive with conventional resources like coal and natural gas. As manufacturing costs have fallen in recent years, the country is placing a priority on getting the industry to stand on its own two feet.

On top of the cut in solar subsidies, the NEA will end handouts completely for new offshore wind farms this year and plans to scrap subsidies for new onshore projects in 2021.