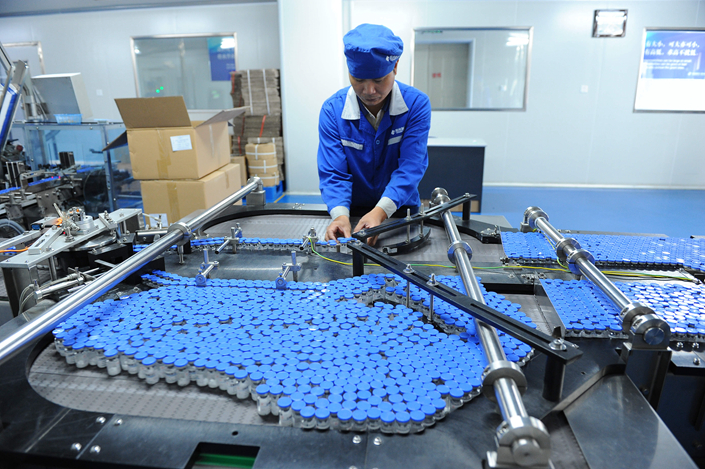 A big feature of the hub is that the facility adopts a so-called “3-in-1” system, meaning that it will integrate BI’s external-facing functions including Research Beyond Borders (RBB), Business Development & Licensing (BD&L) and BI Venture Fund (BIVF) under one roof, according to a statement by the company Thursday.

RBB is a global research unit BI likens to a “radar” that can detect the next big wave of innovation in life science. The BD&L team and the BIVF together play a role in turning scientific approaches into business ideas.

The launch of the Shanghai hub comes three months after BI unveiled a plan to open a digital lab in July in the same city, with plans to recruit dozens of experts in digital healthcare to help develop medicines and therapies for the Chinese market.

In a separate post published on its public WeChat account, BI said that it plans to invest 451 million euros ($508 million) over the next five years in China, a market it entered more than two decades ago.

Since its entry into China, BI has forged partnerships with multiple local academic institutions and companies in the country including Tsinghua University and Peking University, the company said.

In recent years, foreign drugmakers have increased investment in China, where the government aims to grow the healthcare industry to 8 trillion yuan ($1.1 trillion) by the end of 2020 and 16 trillion yuan by 2030