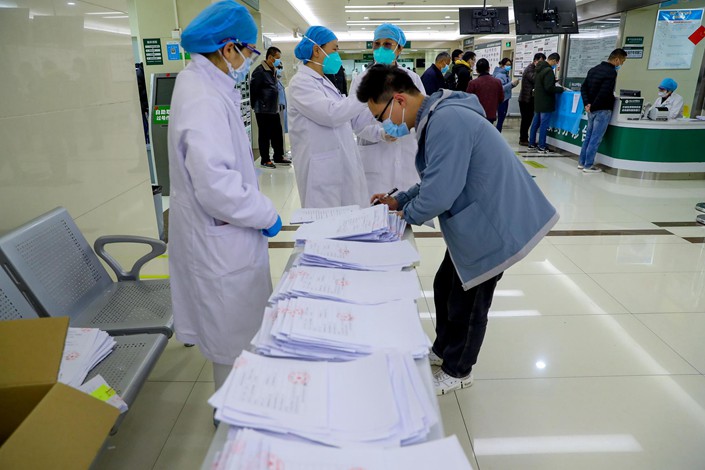 The Chinese province that logged the country’s highest number of coronavirus deaths has published plans to reform its disease control systems, as policymakers mull a public health overhaul in the wake of the pandemic.

The plans provide a framework for “strengthening basic health service systems and building the capacity to respond to public health emergencies,” Tu Yuanchao, the deputy director of the provincial health commission, said at a press conference (link in Chinese).

More than 97% of the Chinese mainland’s 4,634 officially recorded Covid-19 deaths have occurred in Hubei, whose provincial capital Wuhan bore the brunt of the epidemic after the first major outbreak of the disease emerged there late last year.

According to the guidelines, health commissions at the county, city and provincial levels will create new leadership positions for so-called “public health chiefs.”

While the plans contain few details about the role, Wu Qingming, the head of Wuhan University of Science and Technology’s medical school, previously said such individuals would directly “report to the heads of relevant health commissions,” providing technical support while also helping to formulate, implement and evaluate public health policies.

They add that deputy directors of health commissions will concurrently hold CDC directorships at each level, a move that effectively elevates the position of CDCs within Hubei’s health system. Currently, they perform an advisory role under health commissions and have no administrative authority.

Hubei’s move follows similar proposals made by the Chinese Peasants’ and Workers’ Democratic Party, a minority political party under the government’s direction, at the “Two Sessions” annual political meetings held in Beijing in May.

Last month, Beijing municipality published a plan to establish a system of chief public health experts in the fields of infectious diseases, testing and monitoring by 2022. The cities of Shanghai and Chengdu have mooted similar measures.

Since China brought its coronavirus outbreak under control, health officials and medical experts have floated various public health reforms designed to plug the gaps in the country’s disease control systems.

The debate largely centers on changes to national and local CDCs, which, unlike many countries’ disease control bodies, are not independent from the health ministry and lack a public voice.

Experts previously told Caixin that the centers lacked the authority and resources to adequately assist policy responses during the crucial early days of the epidemic.