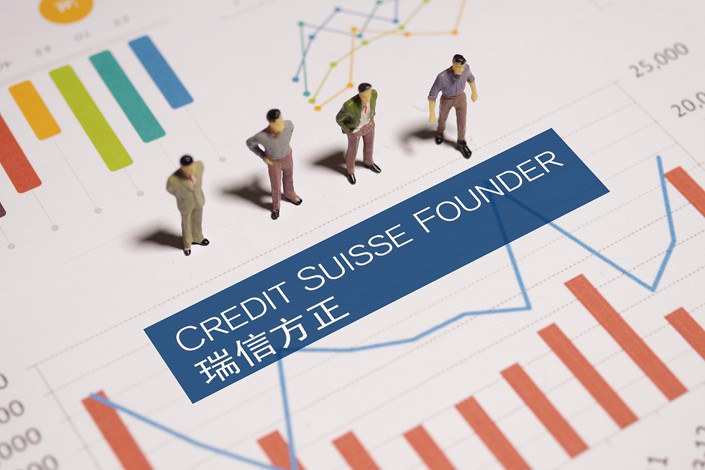 Swiss banking giant Credit Suisse Group AG is planning a major shake-up at its Chinese securities joint venture after finally gaining control of the company on June 1, sources close to the Zurich-based firm have told Caixin.

A new management team is being installed at Credit Suisse Founder Securities Ltd. (CSFS), mostly from the Zurich-based group’s Hong Kong unit. Credit Suisse announced the appointment of veteran investment banker Janice Hu, who has been with the firm for almost two decades, on June 1, the same day the company closed the transaction giving it a majority stake in the venture. Hu, who replaced Gao Li from Founder Securities, will “help drive the bank’s China onshore strategy and CSFS’s future business plans,” the firm said in a statement.

Hu’s arrival is likely to herald big changes at CSFS which has floundered over the past few years partly due to regulatory restrictions on the type of business it could conduct and partly due to the financial problems that have engulfed Peking University Founder Group Corp., the parent of Founder Securities, the venture’s Chinese partner.

As of the end of 2019, CSFS had a total of 154 staff, with the investment banking division employing the biggest chunk at 85. The firm is now preparing to lay off half of the investment banking team and will probably parachute in staff from its Hong Kong operations to fill some of the vacancies, one source said. The venture’s name is also likely to be changed to Credit Suisse Securities to reflect the change of ownership structure, one source said.

A spokeswoman for Credit Suisse in Hong Kong declined to comment on the layoffs or the name change, referring instead to comments made this week by Helman Sitohang, the firm’s Asia Pacific chief executive in an interview with the Reuters news agency.

“We will continue to invest across our platforms in China and closely integrate our onshore operations with our businesses in Hong Kong and across the region. There will be more hires, some of which we will announce shortly,” Sitohang said. “It is clearly about tactical hiring: We want to capture opportunities. We know exactly where these are, where we see the potential to improve, and that is what we are focused on.”

The joint venture’s business performance has been mediocre. In 2019, its operating income fell 15% to 153 million yuan ($21.8 million) and its net loss deepened to 41.8 million yuan from 35.5 million yuan in 2018, according to its 2019 annual report (link in Chinese). Both figures were among the worst in the securities sector, an analysis of industry data show.

IPOs sponsored by the joint venture have been taken to task by regulators. In July last year, the China Securities Regulatory Commission warned Zibo Luhua Hongjin New Material Co. Ltd, sponsored by CSFS, that it hadn’t accurately disclosed information about its assets in its IPO application materials. Luhua Hongjin subsequently withdrew its IPO application. The commission also sent a warning letter to Beijing Scitop Bio-tech Co. Ltd., another listing candidate sponsored by CSFS, in June this year, for insufficient disclosure of sales information in its IPO documents, although the listing was given the go-ahead this month.

Foreign investment banks have been eager to take control of their Chinese securities joint ventures and several have applied to increase their holdings after the government announced in late 2017 that it would scrap ownership limits. Credit Suisse is the sixth foreign institution to take majority control of its joint venture, following UBS Group AG, JPMorgan Chase & Co., Nomura Holdings Inc., Morgan Stanley and Goldman Sachs Group Inc.

Set up in 2008, Credit Suisse Founder Securities was the first Sino-foreign securities joint venture. It offers sponsorship and underwriting of shares as well as government and corporate bonds. It was only in 2015 that the venture was given approval to conduct securities brokerage activities but only in the Qianhai Special Economic Zone, a financial services hub in Shenzhen. Credit Suisse in April received regulatory approval to increase its stake in the joint venture to 51% from 33.3%.