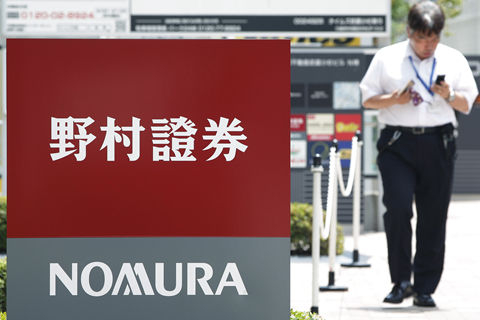 Japanese investment bank Nomura Holdings Inc.’s first securities joint venture in China has its top management team in place and expects to open for business by the end of this year.

Nomura Orient is one of the first two new foreign majority-controlled joint venture brokerages approved in March after the China Securities Regulatory Commission (CSRC) raised the ceiling on foreign ownership of Chinese securities businesses to 51% from the previous 49% as part of China’s efforts to open up its financial markets. The other such venture, JPMorgan Chase Securities (China) Co. Ltd., is led by JPMorgan with partners including Shanghai Waigaoqiao Free Trade Zone Group and four other Chinese investment firms.

Caixin learned from sources that Yu Qing will be named chairwoman of the venture. Yu, 55, was previously a vice president of China Reinsurance (Group) Corp., the country’s only state-owned reinsurance group. She previously worked for the Ministry of Finance for 20 years dating back to 1989.

Ji Shengjun, vice president of Orient International, will be named chair of the venture’s supervisory board. Both appointments are pending regulatory approval.

Nomura Orient expects to prepare for opening by the end of the year, the company’s proposed general manager Sun Dongqing said Saturday at a public event. The CSRC requires that such joint ventures should complete business registration within six months upon approval.

The company said in March that it will initially focus on the wealth management business for high-net-worth individuals in China. It then plans to develop its product distribution channels and expand into wholesale and other business segments, according to a press release published on Nomura’s website.