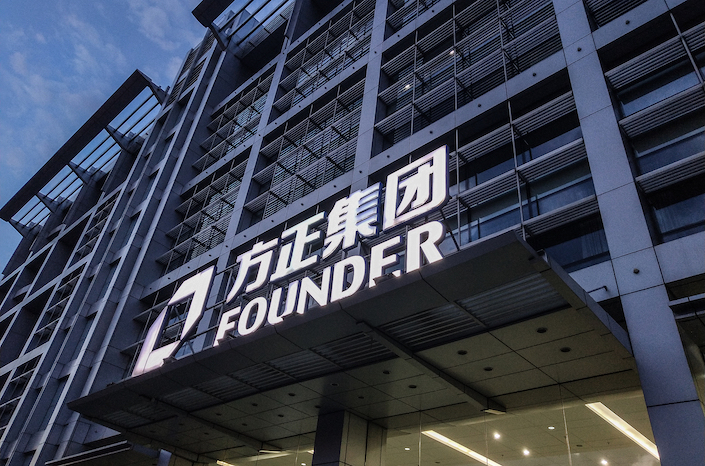 Creditors of Peking University Founder Group agreed to extend the payment deadline on a 2 billion yuan ($285 million) bond for two months after the Chinese conglomerate defaulted earlier this month.

A group of 23 bondholders voted to allow the company to extend the principal payment deadline on the bond until Feb. 21, 2020, Founder Group said Monday in a statement. The company agreed to pay interest at the original coupon rate of 4.94% during the extension and to pledge the shares it owns in Bank of Chongqing as guarantee.

Founder Group owns 3.02% of the Hong Kong-listed regional bank, which was worth about 393 million yuan as of Monday.

Founder Group failed to make interest and principal payments due Dec. 1, but it had a 15-day grace period. According to the terms of the bond, if the company couldn’t repay by Monday, it would trigger cross-defaults on the company’s offshore dollar bonds.

The extension mainly aims to avoiding the cross-defaults while giving the company more time to bring in strategic investors or carry out a restructuring, a bond investing manager told Caixin. It’s still hard to predict whether the bond can be paid after the extension, the manager said.

Under the extension’s terms, Founder Group also agreed to repay the 2 billion yuan bond immediately if it defaults on any other debt. In addition to the extended bond, Founder Group has 23 onshore bonds with a total principal amount of 34.54 billion yuan.

Before the extension agreement, Founder’s largest shareholder made a move that worried bondholders. Beijing Peking University Asset Management Co., the 70% holder of Founder Group, unilaterally announced that it would take over Founder’s real estate unit, the group’s more profitable business.

Local media reported Monday that China Cinda Asset Management Co., one of China’s big four state-owned distressed asset management companies, planned to participate in a merger and restructuring of Founder Group. But people close to Cinda told Caixin that the reports are “not true,” though Caixin learned from exclusive sources that Cinda did complete a week-long due diligence of Founder Group.