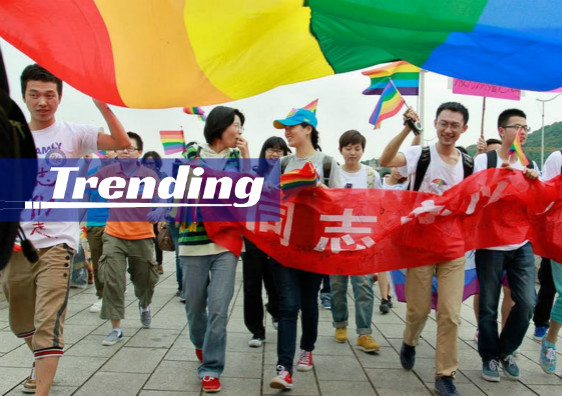 The Beijing LGBT Center recently opened an account on Douyin, the domestic version of TikTok, attracting over 2,400 followers and featuring short videos that address misconceptions about the LGBTQ+ community. Center staff members are optimistic that they can inform more people about the true stories of China’s LGBTQ+ community by using creative videos.

Founded in 2008, the Beijing LGBT Center seeks to advance lesbian, gay, bisexual, and transgender rights in China. Through short videos on its Douyin account, staff members answer questions such as whether all gay men are good looking, whether asexuality exists, and whether bisexual people tend to be more fickle in relationships. The videos emphasize that members of the LGBTQ+ community are just as diverse as everyone else and more common in society than people might think.

In an interview with the Global Times, Xin Ying, director of the Center, said that they hope to “tell the life stories of the LGBTQ+ community” and “provide an interactive platform for the community to get information as well as support.” She also expressed her concern that widely popular BL (“boy’s love”) web novels promote a fantasy narrative of LGBTQ+ people that appeals to mostly young female readers. Her plans include producing more creative content such as mini-plays in order to boost the Center’s influence on social media and to correct stereotypes.

Although the LGBTQ+ community is slowly gaining broader acceptance in China, it still has a long way to go. While the state People’s Daily has encouraged the legitimation of same sex relationships, not all media are as tolerant, with some still labeling gay people as having a mental affliction. Television rules and Weibo listed the portrayal of homosexuality alongside pornography and “abnormal sexual behavior” as recently as 2018. In January 2020, Alibaba’s TMall created an ad that seemed to feature a gay couple, triggering heated debate about whether such publicity is appropriate. Many people praised the ad as a clever way to tiptoe around the topic and show a more accepting attitude towards different sexual orientations.

In the comments section of the Center’s Douyin account, several people say that the videos have resonated with their feelings and experiences. “I can’t believe I accidentally came across this video,” one user commented. “I’m so glad to see so many people who are just like me.”

One video explains that around 1.7% people are born intersex, with a sexual anatomy that does not fit the typical definitions of male or female. In response to a user who was skeptical of the statistics, one person wrote that this is exactly why more efforts are needed to educate the public about diversity and inclusion.