Cover Story: Will TikTok Be the Next Huawei? 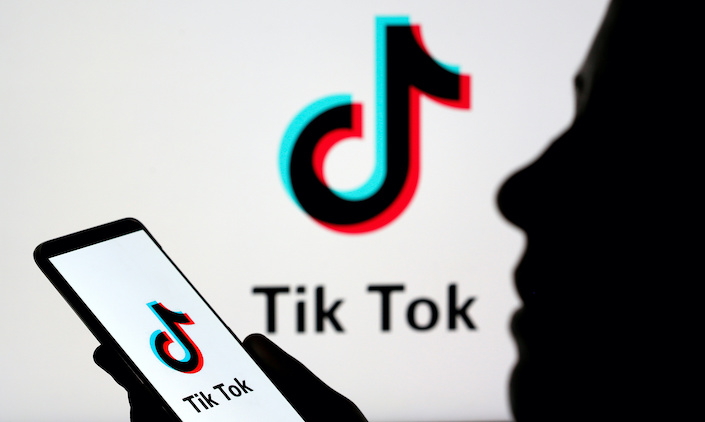 TikTok has grown from a fun viral to an influential political platform.

Zhang Yiming, founder of the wildly popular but recently besieged TikTok, has done everything he could to localize the short video app in global markets to ease rising political pressures. But he appears to be increasingly boxed in, said a Chinese investor in the app’s parent company ByteDance.

TikTok, the world’s fastest-growing social media app with more than 2 billion downloads worldwide, faces bans or threats of bans from countries around the world amid allegations of violating user privacy. Its expanding popular influence has made the app a force that cannot be ignored by any government. In the U.S., TikTok has become part of the political debate. The November election will be a challenge for TikTok, the ByteDance investor said.

“There is not much disagreement between the Democrats and Republicans on current sanctions against Chinese companies,” he said. “After ZTE and Huawei, TikTok will be the next target.”

The European Union’s data protection watchdog set up a task force in early June to investigate TikTok’s data processing activities and privacy practices. India imposed a ban on TikTok, citing data security and privacy issues. India was the app’s biggest overseas market with more than 200 million users in India. A week later, TikTok faced a threat of being banned from its second-largest overseas market, the United States, with 70 million monthly active users.

The United States is considering banning Chinese social media apps, including TikTok, U.S. Secretary of State Mike Pompeo said July 6. He cited protecting American national security and the American people from having their information end up in the hands of the Chinese Communist Party.

From fun viral to political influencer

Pompeo’s comments followed the appearance of an underwhelming crowd at President Donald Trump’s June 20campaign rally in Tulsa, Oklahoma. A number of TikTok users sought to sabotage the event by posting videos on TikTok urging people to register for tickets but not show up. Only 6,200 people were present in an arena with 19,200 seats after Trump’s campaign manager Brad Parscale bragged on Twitter of receiving more than 1 million ticket reservations.

The prank showed how influential the three-year-old app has become in some markets outside China. The international versions of other Chinese apps mainly target overseas Chinese users, such as Tencent’s WeChat. But TikTok has been going after local users in foreign markets, not just Chinese who are abroad.

Since 2019, TikTok has ranked at the top of the most-downloaded apps in global markets. It was the first app in six years to exceed 2 billion downloads worldwide behind Facebook’s WhatsApp, Instagram and Messenger.

In May, TikTok launched a costume-transforming feature in which users appear to change what they’re wearing or otherwise alter their appearance in one swipe while cleaning a mirror to the song “Wipe It Down,” by Kenneth Coby, also known as BMW Kenny. The “wipe it down” challenge attracted more than 1 billion clicks and the participation of many celebrities, including actor Will Smith.

Zhang spent half of 2019 in Washington trying to shore up relations with the American government. Meanwhile, TikTok localized its overall operations, including branding and personnel.

TikTok’s employees and business are separate from those of its parent ByteDance, an insider from a ByteDance overseas investor told Caixin. Zhang has discussed options with investors for addressing the American government’s concerns, including a new board, Zhang giving up his super voting power and key executives changing their nationalities.

Zhang can’t travel to the U.S. right now amid the Covid-19 pandemic, but TikTok’s overseas investors, including KKR and General Atlantic, are actively lobbying for the company, the person from an investor said.

The app’s scale and popularity have encouraged speculation that it could become a viable acquisition target for Facebook.

“This is just a market speculation,” an investor said. “Zhang has no interest to sell it. And if TikTok is banned in the U.S., its users are gone. It makes no sense to buy it.”

Investors have grown increasingly nervous. In 2019, TikTok and the app’s Chinese version Douyin contributed 60 billion to 70 billion yuan ($8.58 billion to $10 billion) to its parent, more than half of ByteDance’s total revenue.

In its latest round of financing in 2018, ByteDance raised $3 billion from a group of investors led by SoftBank Group, KKR and General Atlantic. That valued the company at $75 billion, more than double its valuation from the previous round of financing less than a year earlier. The company’s value on paper has risen at least a third to more than $100 billion in recent private share transactions. But that figure is now only theoretical as no one wants to buy in, investors say.

“Last year, many potential investors made an inquiry about private share sales from existing investors, but no one would like to sell, because an initial public offering was expected to come soon,” the Chinese investor said. Now, with the threat of a ban from the U.S., Zhang has no momentum to push for an IPO.

Unlike Huawei’s founder and Chief Executive Officer Ren Zhengfei, who has repeated defended his company in the media when facing sanctions from the U.S., Zhang is low-key. The 37-year-old entrepreneur rarely talks to the media. The company’s executives and employees are also strictly restricted from doing so.

During the World Economic Forum in January at Davos, Switzerland, Caixin reporters encountered Zhang and Alex Zhu, then the head of TikTok, at a coffee shop. Zhang declined an interview request, saying he would look for other opportunities after returning to China. An accompanying German reporter voiced amazement that Zhang refused to talk to Caixin reporters.

“Is that the big boss of TikTok?” the German journalist asked. “So many people are using TikTok now. He can’t be a ‘mysterious Chinese man.’”

Localization is not enough

As the entire management team was replaced with local faces, ByteDance pulled back all Chinese employees overseas and replaced them with local hires.

In addition to personnel localization, Zhang also weighed moving the headquarters of the international operation overseas. He considered locations including London, Singapore and Dublin, a person close to ByteDance’s senior management told Caixin in late 2019.

Earlier this month, TikTok announced plans to move responsibility for protecting the personal data of its European users to its Irish and U.K. branches from its U.S. entity amid growing concerns over privacy. The company also opened a content moderation transparency center in Los Angeles. It gave outside experts a panoramic view of TikTok’s daily operations as part of its efforts to ease U.S. lawmakers’ concerns about the app’s handling of user data and whether it censors content at Beijing’s request.

But these efforts seem to have had little effect in reversing hostile political postures. Last week, White house trade adviser Peter Navarro called TikTok’s new CEO Mayer an “American puppet,” saying that the strategy of putting a U.S. citizen in charge is “not going to work.” Trump is expected to take “strong action” on TikTok and other Chinese apps, he said.