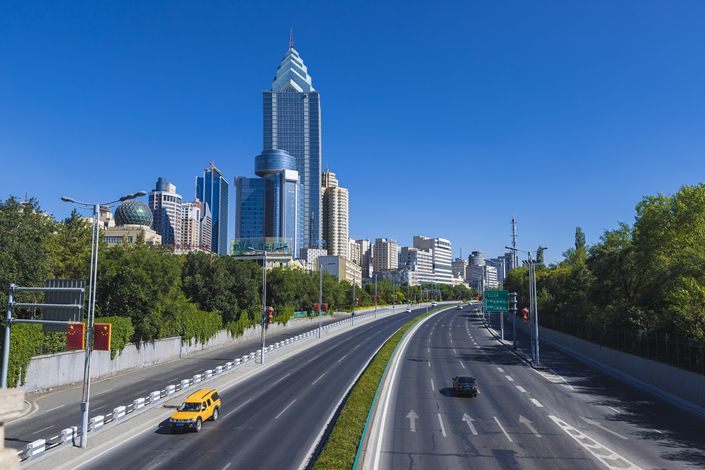 On Saturday, the city said it had entered “wartime mode,” as residential compounds were sealed off to non-residents and public gatherings were banned.

Free coronavirus testing will be made available to the 3.5 million residents of the capital city of Northwest China’s Xinjiang Uygur autonomous region, the local authorities said, after dozens of cases were reported over the last few days.

Nucleic acid testing for Covid-19 began last Friday in Urumqi communities which have reported cases, and for those who had close contact with confirmed cases or show symptoms of the disease, local health commission chief Zhang Wei told a press conference Saturday (link in Chinese). He said the testing will eventually reach the entire population.

On Saturday, the city said it had entered “wartime mode,” as residential compounds were sealed off to non-residents and public gatherings were banned.

Xinjiang reported 17 new locally transmitted cases and 9 new asymptomatic infections on Monday, all in Urumqi, according to the regional health commission. The first new cases were detected in the city last Thursday, ending a five-month streak of no cases in the region.

Since then, most flights in and out of the city have been cancelled and public transportation services have been shut down. Residents have been encouraged to stay in the city unless necessary and a negative coronavirus test result is required to leave.

Although the source of the new infections remains unclear, Rui Baoling, director of the city’s disease control body, said at a press conference Sunday that the cases were believed to be connected with a cluster in the downtown Tianshan district, which has “developed rapidly.”

On Sunday, the city raised the Covid-19 risk rating of Tianshan and neighboring Saybag district to the highest level.

Rui insisted, however, that there was no need for panic, as all the new cases so far – both with and without symptoms – have been found in people under quarantine.

The State Council, China’s cabinet, has dispatched three taskforces (link in Chinese) to help assess the epidemic situation in the city. The teams are led by senior officials from National Health Commission, who were previously assigned to contain the outbreak in the city of Suifenhe in Northeast China’s Heilongjiang province this April.

A total of 10 medical teams including over 200 members from 10 provincial-level regions, organized by the National Health Commission, have also been sent to help local medical staff carry out testing.

Among them are 21 test technicians from Wuhan, Hubei province, the former epicenter of China’s domestic outbreak and the Chinese city hit hardest by the virus. Wuhan finished a blanket testing campaign for its 9.9 million residents in May.

As of Monday, the city has reported 47 confirmed cases and 50 asymptomatic infections, and placed 3,016 people under medical observation, according to the Health Commission of Xinjiang (link in Chinese).