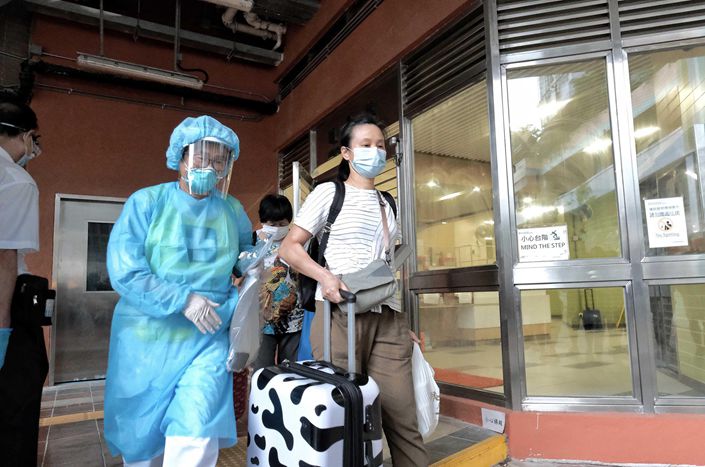 The semiautonomous territory is experiencing a surge in Covid-19 infections, most of which were locally transmitted and are of unclear origin. Dozens of new cases have been reported on most days during the past two weeks, bringing the total caseload to more than 2,000 since the territory saw its initial outbreak in January.

The territory logged 61 new Covid-19 cases on Tuesday, 58 of which were locally transmitted. Health officials also announced two more deaths from the disease, bringing the total to 14. More than 600 people remain hospitalized with the illness.

Authorities have struggled to tame a spike in infections that has cut across diverse neighborhoods and social groups. The sick include taxi drivers, schoolteachers, shop assistants, housewives and waiting staff in the city’s famous “cha chaan teng” cafés.

The virus has not spared the elderly, with many nursing home residents falling ill in recent days. Covid-19 tends to manifest more severe symptoms in people over 60.

Hong Kong’s Chief Executive Carrie Lam said Sunday the epidemic was “really critical” and there was “no sign” the situation was coming under control.

Officials have said they are mulling additional measures, including lockdowns, if the situation continues to deteriorate.

Unverified reports surfaced earlier this week that medical personnel from the Chinese mainland may be sent to relieve pressure on Hong Kong’s hospitals.

However, a representative for the Shanghai Municipal Health Commission told Caixin they were unaware of the reports. Two Beijing-based ICU doctors who previously traveled to central China’s Hubei province to assist with the country’s initial epidemic also said they had not received orders to head to the former British colony.