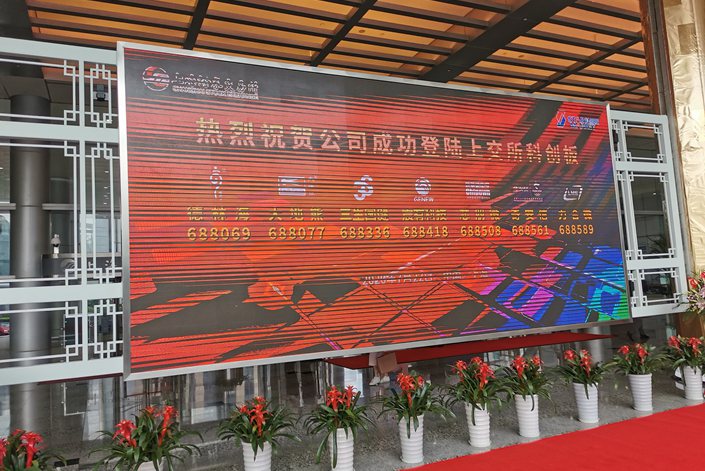 Beijing-based Qi An Xin was founded in 2014 as a subsidiary of cybersecurity software giant Qihoo 360 Technology Co Ltd. However, the company gradually drifted away from its better-known parent amid a rift involving two of Qihoo 360’s founders, Qi Xiangdong and Zhou Hongyi.

Qi An Xin was spun off from Qihoo 360 in 2016, after the latter was delisted from the U.S. Qi Xiangdong took over the company as part of the resolution of his conflict with Zhou, and Qihoo 360 severed all ties last April when it sold all of its Qi An Xin shares.

Like Qihoo 360, Qi An Xin offers cybersecurity services through products like anti-virus software. It has benefitted from Beijing’s recent efforts urging government agencies to upgrade their cybersecurity infrastructure. Such agencies make up the biggest single part of Qi An Xin’s base, helping it to report 73% revenue growth to 3.1 billion yuan last year.

Despite that rapid growth, however, Qi An Xin has been forced to spend heavily to grab market share due to stiff competition. Last year it reported a loss of 690 million yuan, and it expects to lose up to 860 million yuan in the first six months of this year.

The company said in its prospectus that it would use the money it raised to ramp up research and development, including building a cloud system and big data center.

Qi An Xin’s dramatic debut, despite its money-losing status, is a relatively new phenomenon for China as the country tries to streamline its IPO process and make it more market-oriented. Many reforms in that direction are being tested out on the STAR Market where the company listed, which is just now celebrating its first anniversary.

Among other things, first-day gains or losses aren’t limited on the board — different from China’s older major stock markets that typically limit first day movements to 44%. The STAR Market also has laxer profitability requirements, allowing for listings by money-losing companies like Qi An Xin that might not qualify for IPOs on other major boards.

Last week another money-losing company, chipmaker Cambricon Technologies, also made a strong debut, more than tripling in its first trading day on the STAR Market.