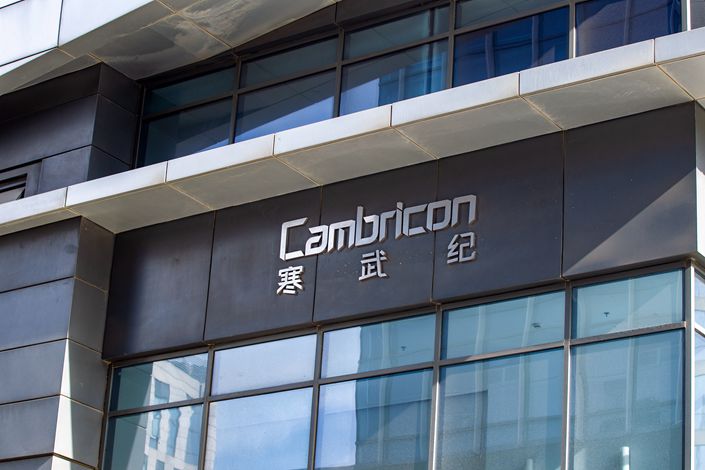 Despite the strong debut, Cambricon is still a relatively small company that is losing money. Photo: IC Photo

Cambricon’s shares opened at 250 yuan ($35.76) apiece, representing a 288% rise over their IPO price of 64.39 yuan when trading began on Shanghai’s Nasdaq-style STAR Market. They rose as high as 295, before settling back down to trade around 215 yuan at the end of the morning session.

Cambricon’s IPO was approved in late March, and moved forward with relative speed as China tries to expedite listings for some of its newer generation of fast-growth firms. Its strategic investors include three of China’s leading gadget makers: top PC company Lenovo; smartphone giant Oppo; and Midea, one of China’s leading air-conditioner makers.

Despite the strong debut, Cambricon is still a relatively small company that is losing money. It is also suffering from a double blow of losing telecom giant Huawei as a major early customer, combined with the negative effects of the global pandemic. It has forecast modest revenue of between 82 million yuan and 86 million yuan in the first half of the year, which would be down from 98 million yuan a year earlier.

The company, which was spun off from the Chinese Academy of Sciences in 2016, forecast net losses after deducting non-recurring gains and losses at 270 million yuan to 300 million yuan for the first half, almost triple the figure in the same period in 2019

Cambricon’s strong debut comes just days after Semiconductor International Manufacturing Corp. (SMIC) made a similarly strong debut in the largest mainland IPO in a decade. Like Cambricon, SMIC’s shares more than tripled in their trading debut, also on the STAR Market, as the company raised an initial 46.3 billion yuan from its share sale.

Companies like SMIC and Cambricon have become recent investor favorites amid intensifying acrimony toward China by the U.S., which increasingly sees the Asian nation as a high-tech competitor and has tightened technology export restrictions to companies like Huawei. SMIC lived in relative obscurity after its founding in 2000 and a Hong Kong IPO four years later, but has lately been one of the biggest beneficiaries of calls within China to shore up its domestic industry.