China Oil Giants Get Premiums in $56 Billion Pipeline Accord 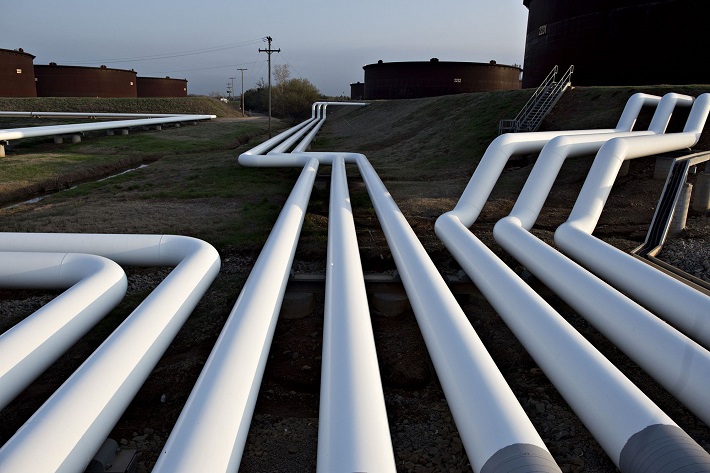 (Bloomberg) — China’s biggest oil and gas companies finalized deals worth $56 billion to sell their pipeline networks to a new national carrier at premiums to their book value, a long-awaited step that’s being seen as a boost for investors.

PetroChina Co. will get 1.2 times book value for assets including pipelines, storage and import terminals, while Sinopec will get 1.4 times in the deals. The premium valuations are likely to put to rest investor concerns over whether the state-mandated deal would compensate the companies properly for their extensive networks and reward shareholders.

The agreements also create a 500 billion yuan ($71 billion) national carrier known as the China Oil & Gas Pipeline Network Corp. (PipeChina) that will be at the center of reform efforts by President Xi Jinping’s government to boost domestic energy production and distribution in the world’s top consumer.

“We see these announcements as positive for the companies as the valuations are market friendly,” Sanford C. Bernstein & Co. analysts including Neil Beveridge said in a note, adding that both companies are likely to issue special dividends. PipeChina’s capitalization “would make it one of the largest pipeline companies in the world should it come to market,” they wrote.

As part of the deals announced Tuesday, PetroChina will receive consideration totaling 268.7 billion yuan, which includes a 29.9% stake in PipeChina and 119 billion in cash, according to the filings and an analysis by Morgan Stanley, which upgraded its rating on the stock.

Sinopec, known officially as China Petroleum & Chemical Corp., will receive a total of 122.7 billion yuan, which breaks down into a 14% stake in PipeChina and 52.7 billion in cash, according to its filing.

No announcement has been made yet regarding asset transfers from China National Offshore Oil Corp., the nation’s biggest liquefied natural gas importer, or Kunlun Energy Co., a PetroChina subsidiary that owns a gas pipeline and several LNG terminals.

As of 2015, China had 64,000 kilometers (about 40,000 miles) of pipelines carrying natural gas, 27,000 carrying crude and 21,000 carrying oil products, according to China’s main economic planning agency. Most of those are owned by PetroChina and its parent, China National Petroleum Corp.

PetroChina’s dominance of the distribution network was seen as stunting the domestic drilling industry, as other firms could be blocked or have to pay prohibitively expensive fees to get their oil and gas to market. PipeChina, on the other hand, is expected to offer open access to the networks.