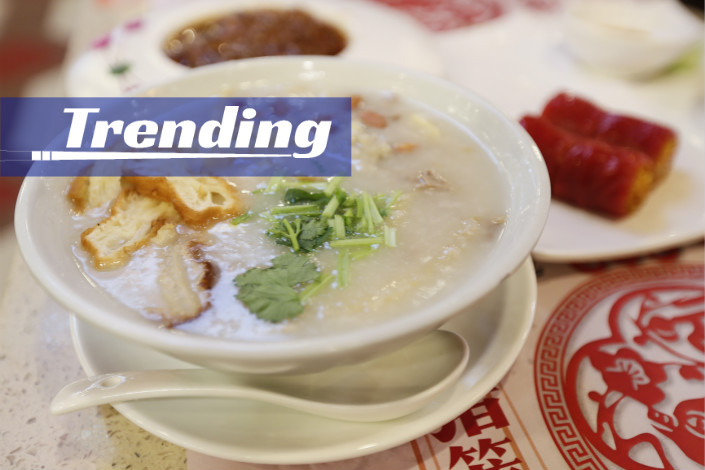 Nutrition is a big talking point online in Covid-19 China as lawmakers and infectious disease experts lure people away from rice porridge towards high-protein milk and eggs. The debate has evolved into a comparison between Chinese and Western diets, and a chance to air concerns over food security.

In April, Shanghai-based infectious disease expert Zhang Wenhong advised people to avoid having porridge for breakfast because of the limited nutritional value. “During the pandemic, Chinese kids should instead eat eggs and milk to strengthen their immune system. Additionally, proteins are critical for patients to get better and develop antibodies,” he said.

While Zhang’s remarks drew mixed reactions on social media, similar arguments were made in the national legislature. At this year’s National People’s Congress, a representative from Yili Group, one of the largest dairy producers in China, proposed that the government should make “lifelong milk drinking” a national strategy. She suggested that everyone should drink 300 grams of milk per day and that the government should actively promote domestically produced milk.

Although China is the third-largest producer of cow’s milk in the world according to the China Dairy Industry Association, domestic dairy consumption still has a lot of room to grow. The average person in China drinks 36 liters of milk a year, one-third of the world average and less than half of the average in Asia, the Yili representative said. China’s milk consumption also varies greatly between big cities and rural areas.

China recommended a daily target of 300 ml of milk back in 1988 and again this year in national guidance for preventing and treating Covid-19. However, even though many people recognize the nutritional value of dairy products, the push for milk drinking on a national level has sparked concern over food safety. There is growing criticism that dairy giants like Yili might be exerting political influence and manipulating industry standards to boost profits, though milk producers insist that these claims are rumors.

The opinions of outspoken professionals have prompted netizens to rethink their food choices. Some people defend rice porridge, saying that “it’s a typical Chinese breakfast” and even accusing Zhang of “fawning to a Western diet.” In response, the majority of internet users encourage each other to follow the expert’s advice, especially since the nation is still nervous about Covid-19 infections.

However, some people feel caught in a dilemma. They wish to consume more dairy products, but worry about food safety. Many cited the 2008 scandal in which Chinese baby formula products were found to have been tainted with the toxic chemical melamine. “Instead of pushing for a ‘national strategy’, companies like Yili should instead focus on improving their products. Then people would naturally buy their milk.” one user commented.