Conglomerate Sanpower Has a Plan to Deal With $9.3 Billion in Debt 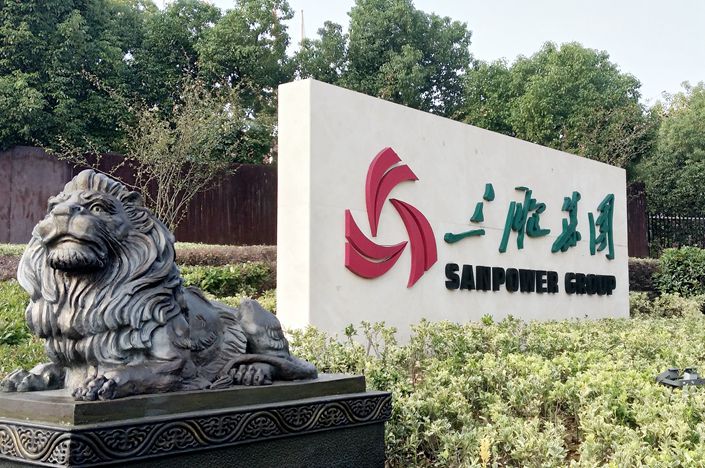 The company will make the payments partly with money from a bailout backed by Cinda and the government of the eastern city of Nanjing, where Sanpower is based, according to the plan.

Sanpower, which has dabbled in businesses ranging from property to retail to pharmaceuticals, has recently handed over its debt restructuring plan to creditors for review, Caixin has learned. As of the end of March, the company had 65.1 billion yuan of interest-bearing financial debt owed to multiple creditors, including more than 130 financial institutions, according to the plan Caixin saw.

Sanpower ran into trouble in 2018 after loading up on debt to finance an aggressive expansion, including the notable purchase of a stake in British department store chain House of Fraser Group Ltd. In September 2018, regulators set up a creditors’ committee to resolve its debt problems, Caixin previously reported. Since last year, the company has missed multiple debt payments.

The company will make the payments partly with money from a bailout backed by Cinda and the government of the eastern city of Nanjing, where Sanpower is based, according to the plan.

The bailout includes a scheme to develop land in Nanjing, with assistance from the local government and Cinda. “Sanpower initially had a plot of land zoned for research and development, but returned it to the government when its debt problems emerged in exchange for about 2 billion yuan. That, however, didn’t save the company. Now the government plans to rezone the land for a different purpose, then have Sanpower return the money and take back the land so that the company can develop housing projects,” one holder of a Sanpower bond told Caixin.

The plan suggests that such projects will likely begin producing returns in 2024.

Offloading assets will be another major source of funds for Sanpower to use to settle its debts, according to the plan. The company intends to sell noncore assets worth about 19.9 billion yuan, including the Nanjing International Finance Center and its stake in Shanghai-listed Wangfujing Group Co. Ltd.

Still, there are parts of its business that Sanpower would like to hold onto. “The core of the plan is to keep some of its core assets — its shares in Nanjing Xinjiekou Department Store Co. Ltd. and Jiangsu Hongtu High Technology Co. Ltd., as well as related medical assets,” a source close to Sanpower said.

Sanpower is likely to hold a creditors’ meeting at the end of August to discuss changes to the restructuring plan, so it’s unclear when the plan will actually be put into action, the source said.

Yuan Yafei, the local tycoon who controls Sanpower, told Caixin in December 2018 that he would not sell the company’s medical assets. “Those are our core businesses. What would we do in the future if we sold them?” he said.

Yuan declined to respond to a request for comment on the latest restructuring plan, citing confidentiality.

Sanpower owes a combined 7 billion yuan to China Citic Bank Corp. Ltd. and two other financial institutions under Citic Group Corp., which are some of its biggest creditors. Sanpower also owes about 5 billion yuan to Bank of Nanjing Co. Ltd.