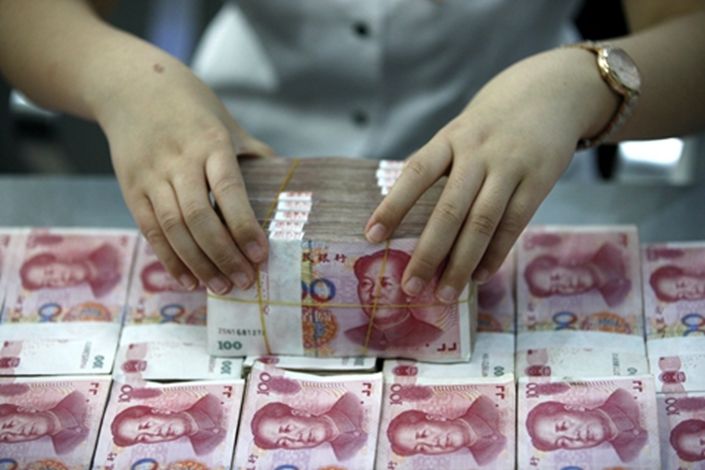 China’s Politburo has reiterated a strategy laid out in May that the country should focus more on stimulating domestic demand to fuel economic growth.

China’s top leaders laid out their economic strategy for the second half of the year at a meeting on Thursday, calling for measures to boost domestic demand and ensure the country achieves “high-quality” development amid a complicated and challenging environment.

Although the recovery from the coronavirus pandemic has been better than expected, the economy faces medium- and long-term problems and resolving them will be like “fighting a protracted war,” the official Xinhua News Agency said in a report on the meeting of the Politburo, which comprises the 25 most-senior officials of the Communist Party and is headed by Xi Jinping. The meeting reiterated a strategy laid out in May that the country should focus more on stimulating domestic demand to fuel economic growth, what has been officially termed as a “dual circulation” or “dual loop” growth model.

“The current economic situation is still complex and grim with instabilities and uncertainties,” according to a readout of the meeting issued by Xinhua. “Many problems we encounter are medium- and long-term, and must be approached from the mindset of fighting a protracted war. We should accelerate the formation of a new development pattern with domestic circulation as the main body, with the dual circulation of domestic and international markets supporting each other,” according to a readout (link in Chinese) of the meeting.

The comments reaffirm policymakers’ intention to make the domestic market the focus of support in the post-coronavirus era as overseas demand is expected to remain subdued due to the global coronavirus pandemic and geopolitical and trade tensions.

“We believe the core of the new thinking in Beijing is ‘turning inward,’” economists at Nomura International (Hong Kong) Ltd. wrote in a note. “In the past couple of months Beijing has increasingly highlighted a new phrase called the ‘Inner Loop’ which is essentially a combination of import substitution (or self-sufficiency) and domestic demand expansion.”

The absence of reference to the Belt and Road Initiative (BRI) in the official readout of the meeting, and the highlighting of the “inner loop” indicates a shift in the national strategy, which is driven not only by the pandemic, but also the U.S.-China trade war, geopolitical tensions, the growing list of countries banning Huawei and issues with the BRI, they said. “A retreat might make sense for China, as it needs to adjust its role in the global arena.”

Domestic circulation “is the new strategy from Beijing in coping with the new world,” Hong Kong-based economists at Macquarie Group Ltd. wrote in a note. “In plain English, it means domestic market first. “[T]he idea is to tighten China’s grip on supply chains and reduce the reliance on foreign suppliers.”

In terms of short-term monetary policy, Thursday’s meeting appeared to tone down the previous loose-policy stance, a recognition of the need to avoid the negative side effects of excessive stimulus seen after the global financial crisis, and to focus on tackling long-term problems, analysts said.

According to the readout, the Politburo called for a long-term balance between stabilizing growth and preventing risks, and “pursuing a more proactive and effective fiscal policy that delivers solid outcomes, and a more flexible and appropriate monetary policy that targets sound results.” Compared with the agenda set at April’s Politburo meeting (link in Chinese), there was no mention of cutting interest rates and banks’ reserve requirement ratio.

The agenda implies that the central government is already considering and designing an exit from its stimulus policies, Zhu Baoliang, chief economist of the State Information Center, a think tank linked to China’s top economic planning body, told Caixin.

China’s economy posted a better-than-expected performance in the second quarter, with GDP growing 3.2% year-on-year, a return to growth after a record 6.8% contraction in the first quarter. Investment, consumption and industrial output all showed an improvement compared with the first three months of the year.

“At this moment, strong data in Q2 convinced Beijing that now is the window to normalize policy and contain risks,” Macquarie economists Larry Hu and Ji Xinyu wrote. “Beijing knows well that ultra-loose policies could cause asset bubbles, so it has to walk the tight rope between current growth and future risks.”

The Politburo also indicated that even as it seeks to support the economy through the coronavirus-induced slowdown, derisking is still high on the agenda. Xinhua’s report of the meeting specifically mentioned the need to crack down on illegal activity in the stock market and to curb real estate speculation.