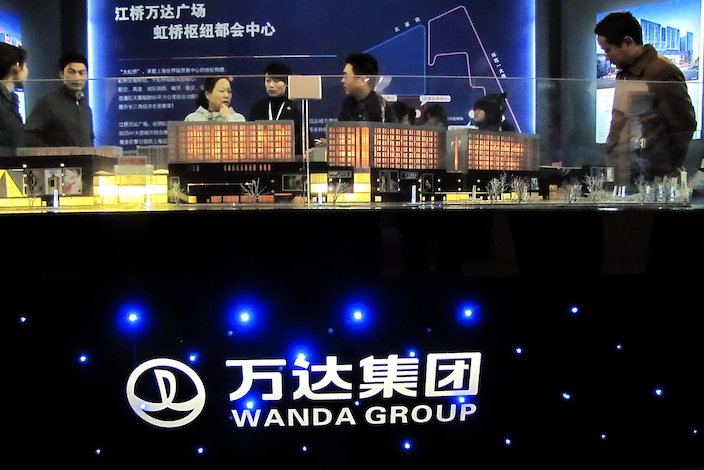 The Hong Kong-listed subsidiary of Dalian Wanda Group Co. will sell its stake in the Vista Tower project to Chicago-based real estate company Magellan Parcel, according to a company filing Thursday to the Hong Kong stock exchange. Magellan Parcel already owns the remaining 10% of the project.

The disposal is expected to generate a gain of about HK$94 million ($12.1 million), helping the company to deleverage, improve cash flow and reduce debt, it said. Wanda Hotel Development soared 24.53% to close Thursday at HK$0.33 in resumed trading following a three-day suspension pending the announcement.

Wanda Group, an entertainment and real estate conglomerate, has been offloading its assets after financial regulators put it on a watch list in 2017 citing concerns over debt-driven expansion. Wanda was among a number of high-flying Chinese private conglomerates that engaged in an overseas asset buying spree before 2017, including Fosun Group and HNA Group. The companies have since stepped up efforts to pare back assets and reduce debt.

Wang, chairman of Wanda Group, said in 2018 the company would reduce corporate liabilities by all means. Wanda aimed to reduce the liabilities to “an absolutely safe level” and planned to pay off all of its overseas interest-bearing liabilities in two to three years.

Vistas Tower, on the shore of Chicago's East Lake, was Wanda’s last real estate project overseas. In July 2014, Wanda acquired its stake in the Chicago site via a joint venture formed by Wanda Hotel and Dalian Wanda Commercial Properties Co. The company planned to build a 101-story tower with condominium units and a hotel. The 361-meter tower would be the city’s third-tallest building when completed by the end of 2020, according to the company statement.

Wanda previously sold off its real estate projects in London, Australia's Gold Coast, Sydney and Los Angeles from January to November 2018, and it completed the sale of a Spanish real estate project in June 2017. At home, Wanda sold more than 60 billion yuan of China-based hotel and theme park assets to Sunac China Holdings Ltd. and R&F Properties in 2017.

Dalian Wanda Commercial Management Group, which manages core assets including hotels, shopping malls and other properties, had total debt of 297.9 billion yuan at the end of 2019, a decline of 17.15% from a year ago, according to a company filing in May. About 182.4 billion yuan was interest-bearing debt. Wanda Commercial Management is the parent company of Wanda Hotel Development.