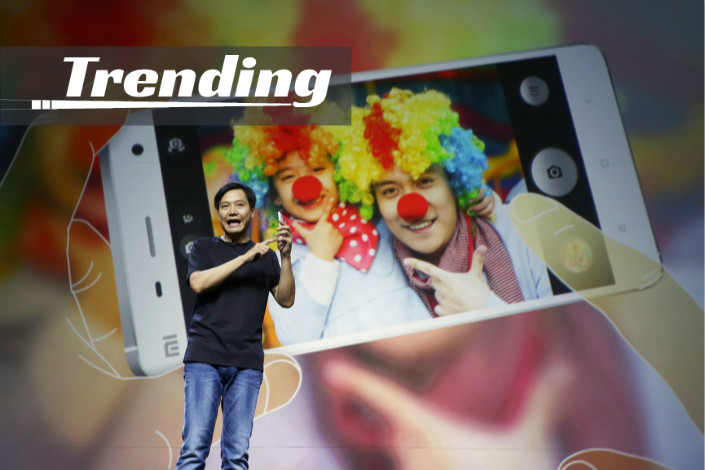 Lei Jun, founder and CEO of smartphone giant Xiaomi, has highlighted the unique sense of humor and culture of China’s netizens and possibly proven why it is better to roll with the jokes than try and fight them.

The billionaire officially launched his account on Chinese video-streaming platform Bilibili on July 30. As of today, the account has gained over 600 thousand followers and the first video has received almost 4 million views, with Lei promising to introduce viewers to Xiaomi’s new products and work environment in the future. Interestingly, his account bio reads “OK” and his profile picture shows him making an OK gesture, a reference to his rise to fame in Chinese meme culture five years ago.

In 2015, a video of Lei at a product launch in India went viral, in which he repeatedly shouted “are you OK” to gauge the enthusiasm of his audience. It became a meme overnight after a Bilibili user autotuned Lei’s speech, converting it into a song. Lei’s popularity surged as he self-deprecatingly embraced the meme, even offering the song as a suggested ringtone on Xiaomi smartphones, which set him apart from celebrities who resisted internet humor and subsequently saw their reputations slump.

Since then, Lei has used his perceived charisma to publicize Xiaomi, appearing on the debate competition show “I Can I BB”, interacting with netizens on the Quora-like Zhihu and later becoming the first top executive to set up an account on lifestyle app Xiaohongshu. Services affiliated with Xiaomi, such as the MIUI operating system, have set up numerous publicity accounts on Bilibili. In February, Xiaomi collaborated with Bilibili by hosting online product launches for its Xiaomi 10 model, attracting millions of viewers.

Lei’s Bilibili account could be a new opportunity for Xiaomi, who has been trailing behind domestic rivals including Huawei, Vivo, and Oppo in terms of smartphone shipments and market share. Prior to launching his account, Lei posted on Weibo, “A friend recently asked for my opinion about the rising popularity of e-commerce livestreaming and speeches.” Coupled with the expected launch of a new Xiaomi 10 model in mid-August, it is suspected that Lei will use Bilibili as an e-commerce channel to promote new devices, allowing him to tap into Bilibili’s large user base of Gen Z consumers.

Internet users have widely praised Lei’s sense of humor and adaptability. “I admire Lei’s practical and hard-working attitude,” one user wrote. “He has been playing an active role in hosting livestreams, promoting Xiaomi’s brand, and attracting Gen Z users. You might not like him, but you have to respect him.” Another user echoed the sentiment, writing that “Lei has to be the most down-to-earth CEO.”

Other people have been excitedly predicting Xiaomi’s next move on Bilibili. Some expect the brand to increase interaction with fans by filming tours of the company, while others see more potential in livestreaming product launches and showing Xiaomi’s innovative features. Unsurprisingly, the comment section swarms with variants of “are you OK?”