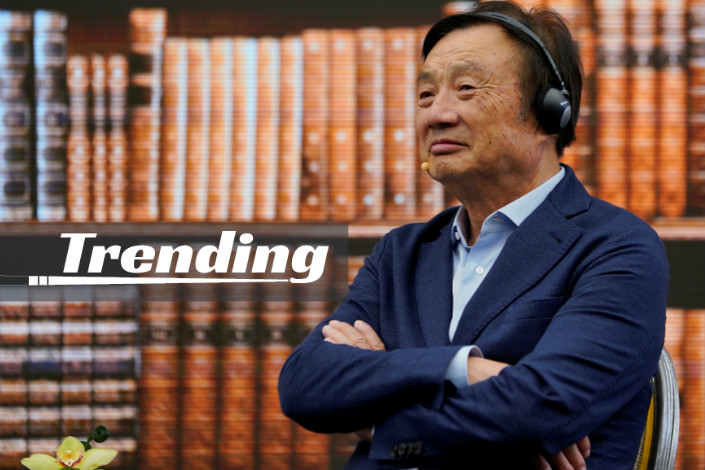 Envy and admiration abound for two young Chinese scientists who have emerged fresh out of college to land jobs worth millions at China’s best known telecom hardware manufacturer, Huawei.

As graduates across China struggle to find a job in a reeling economy suffering the impact of coronavirus lockdowns and slowdowns, two talented Ph.D.s walked away from a grueling interview process with pay packages that exceed most young people’s wildest dreams. Zhang Ji graduated with a doctorate in computer science, and Yao Ting completed a doctorate in computer system architecture. Both are from Huazhong University of Science and Technology in Wuhan, and top winners of this year’s Huawei Talented Youth Program.

The program was started by Huawei’s founder and CEO Ren Zhengfei last year to attract graduates from China’s most prestigious science academies to take on the toughest challenges at the leading telecom company in exchange for impressive salaries, ranging from 900,000 ($30,000) to 2 million yuan ($288,000) a year. Huawei has plans to recruit more than 20 such scholars, including talent from overseas.

Zhang, 27, is the first to receive a salary of 2 million yuan from the program. He is an expert in artificial intelligence and intelligence system optimization and has published numerous papers while at university. Yao researched new storage media databases and key-value storage systems, and was a trainee senior researcher at Western Digital Research Institute in Japan.

The pair were subjected to seven rounds of vetting before securing the jobs. Zhang admitted that he had also received offers from Tencent, IBM, and Alibaba, as well as two start-ups, but turned them down for Huawei because the work matched his research direction. Fully aware that these were testing times for Huawei, Zhang said he wanted to “do something meaningful” and help the company persevere.

More than 12,000 comments have been posted under the main news on Weibo. Amid the congratulations, netizens asked why no graduates of Tsinghua were on the list. As one user points out, Huazhong receives 11 billion yuan ($1.6 billion) in subsidies from the government while the country’s top science academy Tsinghua receives more than double that. People also question why Huazhong graduates are so highly favored by the rich tech company, while acknowledging the university does rank in the top five in science.