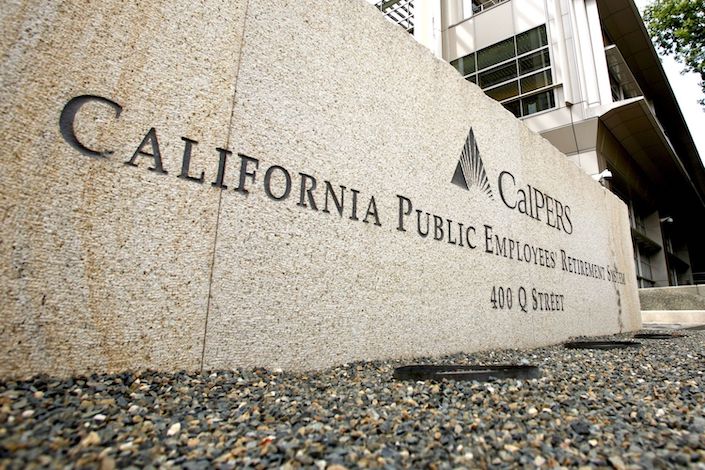 The abrupt departure of the investment head of California’s mammoth state pension fund last week after months of controversy over his China background and his ethics triggered pressure from the state’s financial chief demanding an inquiry.

California State Controller Betty Yee, who oversees the state's finances, wrote to Calpers Board President Henry Jones Monday requesting a “swift and thorough inquiry” into Meng’s departure to determine whether any laws were violated or whether the pension system suffered “financial and reputational damage.”

Yee, a Democrat who was elected to a second four-year term in 2018, called for an emergency meeting within 48 hours of receipt of her letter. Jones rejected the request for a special meeting, but the board scheduled a session Aug. 17 to discuss personnel matters.

Meng took the top investment post at the largest U.S. pension fund after a high-profile recruitment as the fund sought to overhaul and boost its investment performance. Before that, he was the deputy CIO at China’s State Administration of Foreign Exchange (SAFE) for nearly four years, helping manage the nation’s $3 trillion of foreign exchange reserves. He previously worked for multiple Wall Street institutions and spent seven years at Calpers since 2008.

Calpers has struggled to meet its investment targets in recent years, with the Covid-19 pandemic further hurting gains. Last month, the fund reported a portfolio return of 4.7% for the 2019-20 fiscal year, falling short of its 7% target. The fund said it currently generates only 71% of the amount necessary to fulfill projected payouts to the 1.9 million Californian public workers it serves.

To increase investment yields, Meng proposed a plan in June to push into private equity and private debt and to increase the fund’s leverage to 20% of its value. Calpers currently invests 50% of its assets in stocks and 25% in fixed-income assets. Private equity and real assets each account for about 10% of the portfolio, lower than counterparts such as the Canada Pension Plan.

A China sovereign wealth fund executive said Meng’s resignation was unlikely to be related to his work performance.

“The assessment period is too short as he was only in the post for more than one year,” the executive said.

Meng’s departure came amid growing scrutiny of his personal business dealings and also underscored mounting pressure from the Trump administration to curb investments in China.

In February, Meng was accused by U.S. Representative Jim Banks, an Indiana Republican, of engaging in “nontraditional espionage” for Beijing to funnel American money to China. Banks called for an investigation of Meng and gained support from others in the party. President Donald Trump and some lawmakers have pressured the country’s retirement funds to stay away from investments in China assets.

Banks’s allegations cited Meng’s three-year stint at SAFE. He was hired by the administration under a government-sponsored talent recruitment plan.

Meng denied any tie between him and the Chinese government since he left SAFE. Several high-profile Wall Street investors supported Meng.

Oaktree Capital Founder Howard Marks, who has known Meng for a decade, said, “It goes against American values to impugn someone’s character on the basis of their family’s national origin.”

Controversies surrounding Meng reignited in April after a compliance team uncovered one conflict-of-interest violation as Meng approved an investment into a private-equity fund managed by Blackstone Group Inc. at the same time as he held Blackstone shares.

Although his stock was valued at less than $70,000, compared with his $1 million-plus Calpers pay package, it meant in theory he could benefit personally from any transactions made by Calpers with Blackstone. Calpers Chief Executive Officer Marcie Frost said later she believed the violation was an unintentional error and would discipline Meng either by cutting his incentive pay or possibly by placing a formal letter in his file, Bloomberg reported.

Then, a day before Meng’s resignation Aug. 5, the California Fair Political Practices Commission, the state’s ethics watchdog agency, said it received an anonymous complaint against Meng with allegations about disclosures of economic holdings.