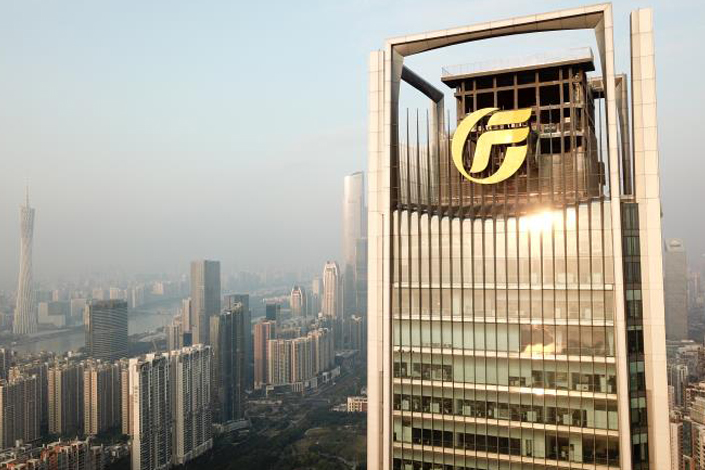 Hong Kong- and Shenzhen-listed brokerage GF Securities Co. Ltd. (GF) has chosen a new Communist Party chief, Caixin has learned, as the company continues to shake up its management in the wake of a client’s $12.6 billion financial fraud.

Zhou Xitai, a former party committee member of Huazheng Asset Management Co. Ltd., left the state-owned asset manager earlier this year and is set to take over as GF’s top political official, sources with knowledge of the matter told Caixin.

Zhou will take the position from Sun Shuming, a 58-year-old veteran who also serves as GF’s chairman and general manager. Sun took over the general manager role from Lin Zhihai, who stepped down in April. Lin resigned over his role in the fraud at drugmaker Kangmei Pharmaceutical Co. Ltd., people with knowledge of the matter previously told Caixin.

Sun is only temporarily serving as general manager until GF appoints someone else to the role, sources close to GF previously told Caixin. According to GF’s own corporate rules, the chairman and general manager cannot be the same person, the sources said.

GF, which had long been known for its low turnover rate, has seen many employees depart since 2019, as its revenue has taken a hit in the wake of the Kangmei scandal.

Kangmei, one of the country’s largest listed drugmakers, was a major client of GF. In April 2019, Kangmei admitted that “accounting errors” had caused it to overestimate its 2017 cash holdings by 29.9 billion yuan ($4.3 billion). Regulators subsequently found that Kangmei had engaged in a variety of illegal actions, including forging documents for nonexistent business activities, which led to an overstatement of cash holdings amounting to 88.7 billion yuan from 2016 to 2018.

GF’s relationship with Kangmei stretches back almost 20 years. It was a sponsor and underwriter for Kangmei’s IPO in Shanghai in 2001, and over the years it underwrote a string of bond and equity issuances for the drugmaker.

A person close to GF’s investment banking division told Caixin that Sun has put a lot of effort into retaining clients after the Kangmei fraud. Also, the brokerage has opened its wallet to keep employees from leaving, the person said.

Still, the scandal has hit GF’s revenue hard. In July, the CSRC announced GF will be banned from the securities-sponsoring business for six months for its involvement in the fraud. The brokerage will also be prohibited from underwriting bonds for one year.

The bans left GF unable to take advantage of this year’s bull market in stocks and the recent wave of Chinese IPOs, a person who previously worked for GF told Caixin.

In July, GF’s net profits dropped 4.5% from the previous month, according to company financial data (link in Chinese). Its revenue fell 5.9% month-on-month to 2 billion yuan, taking the eighth spot among 39 Chinese mainland-listed brokers. It had been ranked as high as No. 4 or No. 5 by revenue from 2014 to 2019.