Trending in China: How Will the Chinese Diaspora Survive a WeChat Ban In U.S.? 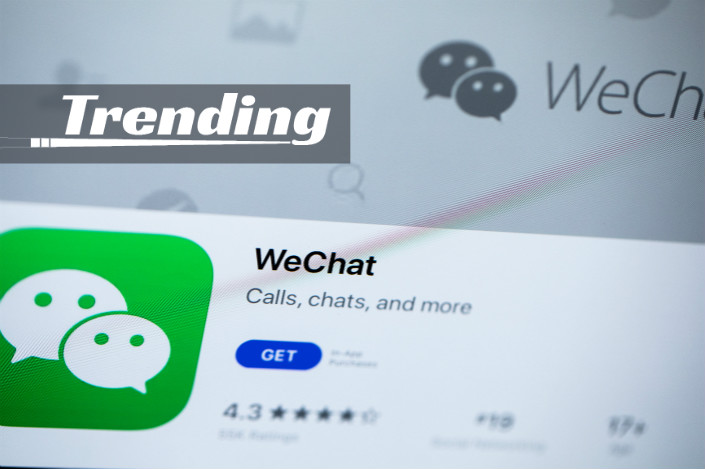 The U.S. government executive order banning “transactions” with two major Chinese apps, Tiktok and WeChat, citing national security and privacy threats, is set to cover individual Americans as well as U.S companies wherever they are located. The question being asked is: who will lose out most from the ban, due to come into force on Sept. 15, which takes the countries’ “tech decoupling” to the next level? With just over a month to go, the implications are dawning on the Chinese diaspora in the U.S., who are taking to Chinese and U.S. social media to discuss and protest the looming ban.

While a White House petition, “WeChat Should Not Be Banned,” has garnered over 60,000 signatures since the American government’s move, WeChat’s 1.45 million U.S.-based monthly active users are seeking alternatives. But none come close to all the functions of WeChat, which serves as a messaging service, payments platform and social network combined.

Commentators online have been trying to explain the ubiquity of WeChat. A feature in the L.A. Times details the reach of WeChat in many aspects of Californians’ daily lives, including Chinese home-cooked food sales, hair salon appointments, purchases, and interactions with family, friends and businesses in China. Others point to the flexibility and creativity of WeChat’s U.S.-based user groups, many of whom have begun switching to the South Korean app Line as well as other communication apps.

While mainstream media in the U.S. report that the WeChat ban will hurt ordinary citizens, they see the ban in the context of the far larger issue of the two countries “decoupling” their technologies.

Netizens are confused by what the ban on transactions will actually encompass and how it will be enforced, but appear confident that they will find a way to skirt the rules. “If there were no WeChat, people on the two sides will find ways to communicate. I have faith in Chinese people's creativity,” said one Twitter user based in the U.S. Another said, “People are planning alternative ways of contacting people. I don't use WeChat that much (shout out to Line).”

Many are dismayed that U.S. commentators describe WeChat as posing any kind of security threat to the country. One such comment sums up the kind of messages and role that many view the app as playing in the Chinese diaspora’s lives: “I thought WeChat 101 was that immigrant parents used it to tell their kids to gargle salt water, eat garlic and turmeric etc. to prevent coronavirus.”

Trending: How U.S.-China Relations Are Causing Netizens to Read the Small Print as Rumors Fly