By Ma Danmeng and Ingrid Luan 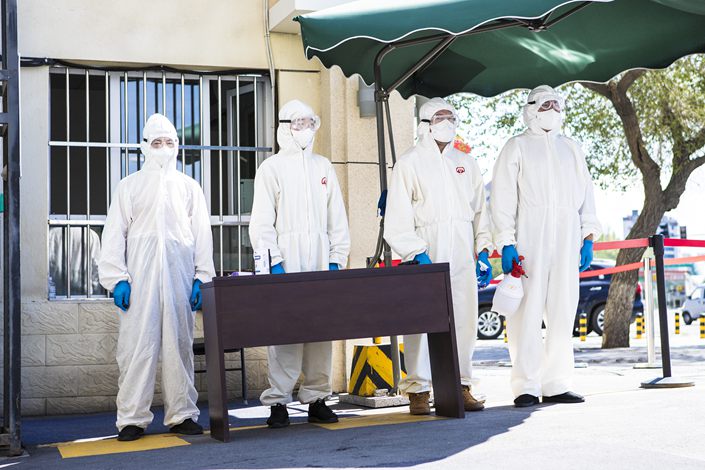 The former deputy director of the Chinese Center for Disease Control and Prevention (CDC) has proposed a blueprint for China to plug loopholes in its early epidemic warning system, addressing weaknesses exposed by the outbreak of Covid-19.

Yang Weizhong and co-authors from local CDC branches and universities suggested building a “smart” early warning mechanism which incorporates data from a wider variety of sources in a paper (link in Chinese) published in the Chinese Journal of Epidemiology in July.

The system could be triggered from “multiple points” through cutting edge technologies and be accessible from “multiple channels” including a wider range of different government ministries, to help boost the timeliness and accuracy of disease responses.

The scheme comes following remarks by President Xi Jinping at a June symposium attended by health experts including Yang, where Xi called for efforts to strengthen early-stage monitoring and warning for epidemics as a pressing task in improving the public health system.

“Prevention is the most economical and effective health strategy,” Xi stressed.

The State Council, China’s cabinet, also set improving the infectious disease early warning system as a key task for health care reform in the second half of this year. “Covid-19 prevention and control should also be in place well in advance of the coming autumn and winter,” said the plan.

In the paper, Yang and his co-authors reviewed the limitations of China’s current infectious disease surveillance system, which was established after the 2003 SARS epidemic.

Under the current system, the only diseases that can trigger it must have been listed specifically in China’s infectious disease laws and have already infected a cluster, which could let newly emerging diseases or sudden outbreaks slip through the cracks.

Yang also urged government departments to better share information and cooperate in a bid to increase the accuracy of the system, which currently receives data exclusively from medical organizations.

Apart from public health indicators such as herd-immunity levels and case numbers, the authorities should also keep an eye on contagion-related information from society and media reports, such as data on school absenteeism and pharmacy sales, allowing public health authorities to respond even before clinical confirmation of a new case, the paper suggested.

The authors also called for policy and institutional support, including drafting of new policies for infectious disease response, setting up monitoring and early warning taskforces, earmarking funds for the surveillance system and providing institutional assurance to build it.

When responding to early warnings of infectious respiratory diseases, which usually spread fast, authorities must act decisively, the authors said. Only with technological and institutional support can human errors and the odds of underreporting and late reporting be minimized, the paper concluded.