China and U.S. to Double Number of Weekly Flights 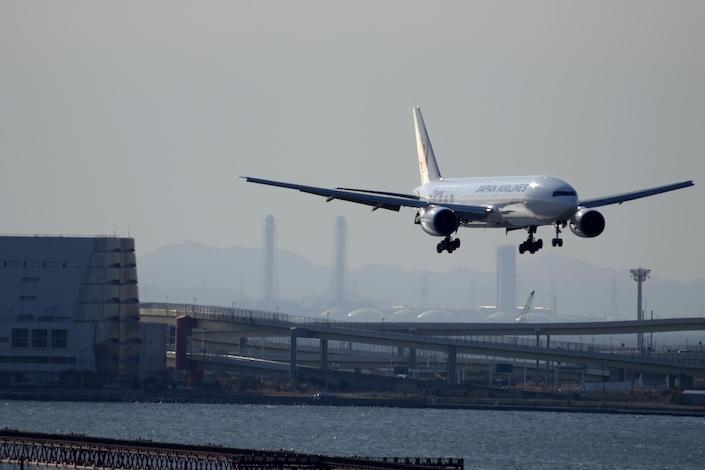 The accord brings the number of scheduled flights between the two countries to 16 a week.

China and the United States agreed to double the number of scheduled passenger flights operated by each other’s airlines to eight a week in a move to ease a standoff between the world’s two largest economies on travel restrictions amid the pandemic.

The Civil Aviation Authority of China (CAAC) ruling this week will permit expanded flights by Chicago-based United Airlines and Atlanta-based Delta Air Lines, according to the U.S. transportation authority. United and Delta will both increase flights from two to four a week, it said. The United routes will go between San Francisco and Shanghai, and Delta will fly from Seattle and Detroit to Shanghai.

U.S. airlines voluntarily halted flights to China in early February when China’s Covid-19 outbreak intensified to curb the spread of the pathogen. For the same reason, China shut its borders to foreigners and since March dramatically cut the number of international flights.

While international airlines have sought to resume services to China, the CAAC said in May that the restrictive measures would be maintained because of concerns about the rampant spread of the virus abroad. This ignited a series of tit-for-tat policy exchanges between Beijing and Washington. The tensions eased in early June after the CAAC backed down by allowing more foreign airlines to resume limited services. It also set up an incentive mechanism that leaves the door open for airlines to add more flights if their virus control measures prove sufficient.

Sources at Delta told Caixin that its China-bound flights from the U.S. are operating at full capacity. Most passengers are Chinese scholars and their families who had not been able to return to China. However, the U.S.-bound flights from China were quite empty.

China is stepping up measures to reconnect with the world by air. The CAAC has allowed more flights linking Chinese cities with Germany and France. Air France will resume a weekly Paris-to-Beijing route Aug. 20, making it the first Beijing route restored by a European airline. Air Canada also said it will increase to two flights a week between Vancouver and Shanghai starting Aug. 30.

Chinese airlines also planned to add international flights in September. Juneyao Airlines will have a total of five international routes each week, while Xiamen Airlines will increase to two flights a week on routes including to Amsterdam and Vancouver. Air China resumed services from the southwestern city of Chengdu to Frankfurt last week.

As of Aug. 12, 93 Chinese and foreign airlines operated 210 round-trip flights a week on 187 international passenger routes, according to data from the CAAC. Flights from China more than doubled to 50 countries from 20 since the beginning of June.

The Chinese authority required that all passengers from 36 countries including Russia, Thailand and Egypt take a Covid-19 swab test within five days before boarding.