By Wang Lijun and Ingrid Luan 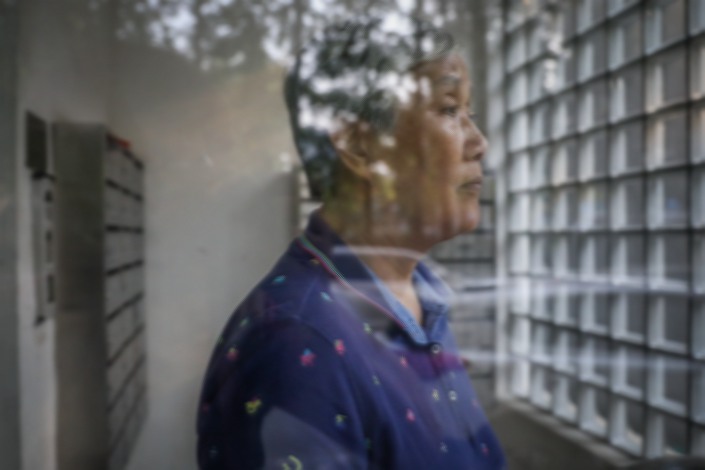 Chinese scientists have found key proteins in the blood of Alzheimer’s sufferers which they say could act as predictive biomarkers for early diagnosis and treatment about five to seven years in advance of symptoms appearing, and at a relatively low cost.

In research published in the journal Alzheimer’s & Dementia last Thursday, a team at Beijing’s Xuanwu Hospital, Capital Medical University, found that changes in four exosomal synaptic proteins in blood can be used to detect preclinical Alzheimer’s disease five to seven years before symptoms of cognitive impairment are displayed.

Alzheimer’s disease is the most common type of dementia which slowly and gradually destroys memory, thinking skills and eventually the ability to carry out simple tasks. Currently, there is no cure for this devastating disease, according to the U.S. National Institute on Aging.

But if treatment begins at an earlier stage, such as during mild cognitive impairment or even the cognitively normal stage, the onset of clinical symptoms including dementia can be delayed, the authors said in the paper.

The newly found biomarkers could help predict the onset of the disease at a much lower cost before symptoms appear and thus make early treatment possible, said Jia Longfei, the paper’s lead author and a neurologist at Xuanwu Hospital.

Previously, scientists have identified several biomarkers in blood to diagnose the disease, but the side effects and exorbitant prices of existing testing approaches are daunting for many.

In a paper published in the journal JAMA on July 28, researchers in the U.S. found that a protein named phospho-tau217 in plasma could also be used as a biomarker to increase diagnostic accuracy.

But Jia Longfei told Caixin that detecting such a protein would require a special machine that costs up to 2 million yuan ($289,000), making it too costly for clinical testing.

Jia said his team is also working to bring down the cost of their own method in future, though it now seems “not low.”

Due to the high costs, Alzheimer’s disease blood tests have not been made widely available to the public in China despite several small-scale trials.

Xiao Shifu, director of Alzheimer’s Diagnosis and Treatment Centre, Shanghai Jiaotong University, told Caixin that such testing prices are so high because the related reagents and instruments all need to be imported.

The testing costs must be significantly curtailed in a bid to benefit seniors generally. Jia said the price should be reduced to four digits if people want to include such tests in regular physical examinations for elderly people.

Jia remembered that when the research results were published, his team was flooded with testing requests from their friends, families or even strangers, indicating how eager people were for convenient and inexpensive tests.

But first, the team needs to apply for approval from health authorities to produce testing reports.

Jia said the team has begun to discuss possible cooperation with manufacturers but did not elaborate on the details.

At least 50 million people have dementia across the world, with nearly 10 million new cases every year, and Alzheimer’s could contribute 60% to 70% of such cases, according to the World Health Organization.