By Liu Caiping and Flynn Murphy 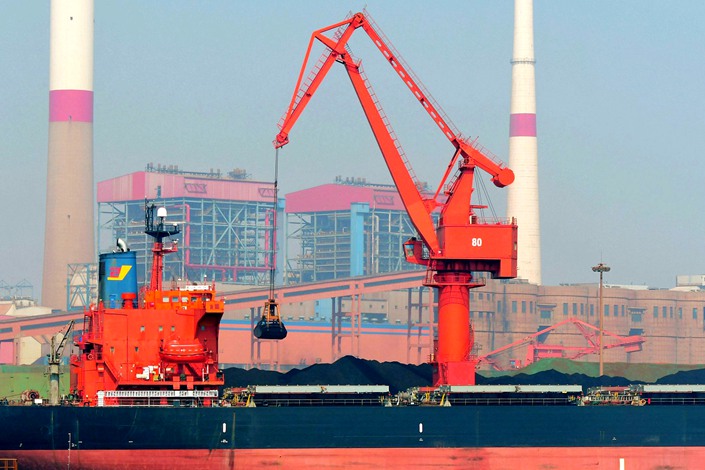 The main iron ore futures contract on the Dalian Commodity Exchange began to rise in early April, and has leapt more than 64% in the past four months, reaching 910 yuan ($131.60) on Aug. 7.

This week the seaborne iron ore price hit its highest level since January 2014, trading at $127.60 per dry metric ton, according to S&P Global Platts.

In a note, S&P analysts Yuchen Huo and Jun Kai Heng said monsoon-related disruptions in Brazil and global Covid-19 precautions had weighed on overall supply, while inventories at Chinese ports had tumbled.

“Although China has a high demand for iron ore imports, the impact of the epidemic means the price has risen 100 yuan per ton higher than after last year’s (Brumadinho dam) mining disaster, in a serious departure from the fundamentals,” one iron ore futures trader told Caixin.

He said the main catalyst behind the current price surge was Chinese port pressure, where he estimated 30% of stockpiles of imported ore were currently languishing onboard freight ships waiting to unload their cargo.

“When the ships come, the people on them are checked for Covid-19. But the efficiency of the checkup system is poor, creating a backup of more and more ships that prevents the product from entering ports. Meanwhile domestic steel mills are seriously low on stock and prices have skyrocketed,” the trader said.

A report released by Mysteel predicts the volume of iron ore arrivals will decrease next week from the current week.

Albright Stonebridge Group analyst Cao Nanxin said the generally positive outlook for the Chinese economy as it recovers from Covid-19 was likely to be boosting local demand. On the local supply side, transport disruptions as a result of extreme flooding in southern China, coronavirus measures, and the high volume of shipments arriving in Chinese ports were all playing a role.

China is by far the world’s largest importer of iron ore, which is primarily used to produce the iron from which steel is made. The nation imported 1.069 billion tons of the mineral-rich rocks last year.