With No Military Alliances, China Is No U.S.S.R., Former Chinese Envoy in U.S. Says 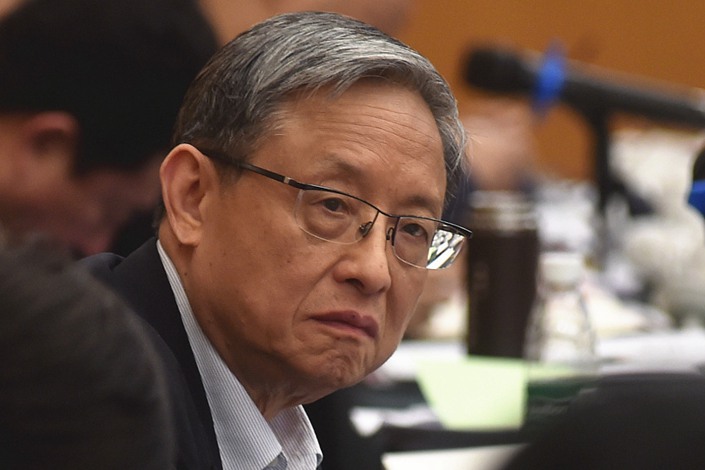 The United States should not view China as another Soviet Union because China has no military alliances to challenge the U.S., unlike the Warsaw Pact that went head-to-head with the Western NATO alliance in the Cold War, said China’s former ambassador to Washington.

Many have been comparing moves by the administration of U.S. President Donald Trump over the last year as the launch of a new Cold War, similar to the one that saw U.S.- and Soviet-led blocs square off against each other for the better part of four decades after the end of World War II. That metaphor got extra clout earlier this month when U.S. Secretary of State Mike Pompeo gave a speech where he said China was posing a threat that was in some ways more dangerous than a “Cold War 2.0”

“From the perspective of our approach, we do not have a military bloc, which is totally different from the former Soviet Union during the Cold War,” Zhou Wenhong told state broadcaster CCTV in an interview that aired on Saturday. “The United States should not regard our country as a second former Soviet Union.”

Zhou said Pompeo’s speech in Prague earlier this month, where the China hawk declared the previous U.S. policy of engagement with China as a “failure,” has proven to be a “one-man show” without anyone echoing the refrain.

At the same time, Zhou also acknowledged that Sino-U.S. ties may never be able to go back to their past form of the last three decades, since Washington now sees Beijing as a rival and political opponent rather than a partner.

“China has been telling the U.S. that ‘We will not replace you and have no intention of challenging you,’” he said. “But the problem is whether the U.S. will listen.”

Following disputes on everything from technology transfers to trade imbalances and who should be responsible for the global pandemic, most observers say China-U.S. relations are now at their lowest point since the two nations normalized diplomatic ties in 1979. At that time when the two countries began their rapprochement in the early 1970s, President Richard Nixon took the step seeking to gain mutual benefits.

But such common interests have changed greatly over years, according to Zhou. When the two sides started to cooperate, both were seeking to gain leverage over the Soviet Union for different reasons, he said. The partnership satisfied both under such conditions, with China seizing on the relationship to also advance its objective of opening to the outside world as U.S. companies got to explore China’s vast market, according to Zhou.

But concerns over a rising China gradually emerged in America in the 1990s after common geopolitical interests faded with the end of the Soviet Union. After that, the relationship switched to one of more pure economic cooperation.

The dynamics of China-US relations “come down to whether or not Americans can accept the peaceful rise of a partner like China,” Zhou said. “Although China is still far behind the United States, Americans are nervous about the narrowing gap. … [Washington] feels like — if we don’t do something about it, China will become another U.S.”

Zhou also pointed out that the American public is hardly unified the current hawkish China policy being seen from the Trump administration. He pointed to an open letter opposing Trump’s approach, which has been signed by nearly 200 leaders from different sectors of U.S. society since last year.

“Of course, it might be difficult to change Trump’s mind. But, the hope is that more Americans will speak up despite the electoral incentives,” he said, referring to the upcoming U.S. presidential election when anti-China rhetoric tends to get louder.

Zhou urged Washington to “learn how to get along with China, a country in peaceful development,” given that “the rise of China is actually inevitable.”